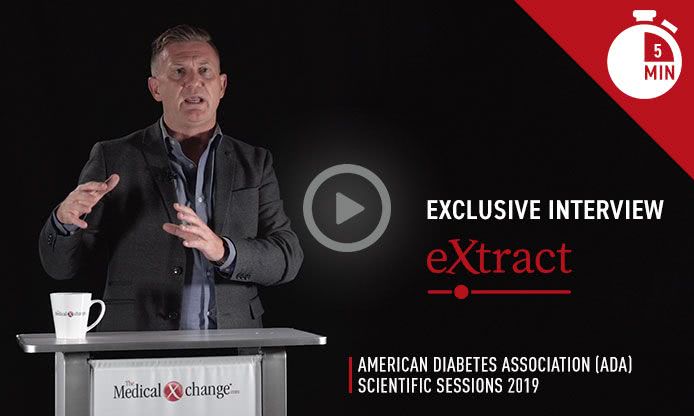 The CV outcomes trials with SGLT-2 inhibitors mandated by regulatory agencies to prove they do not worsen CV risk have instead shown remarkable protection against critical end-stage events associated with T2DM. Even though protection against end-stage renal disease has been previously reported, new data has been drawn from the DECLARE-TIMI 58 with dapagliflozin to explore protection in a relatively low-risk population, the majority of which had normal renal function (Figure 1). These data yield important and fundamentally new information relevant to the management of one of the key complications of diabetes.

For an exclusive interview with Dr. Andrew Steele on the impact to clinical practice, click here

Unlike other antidiabetic therapies, it has now been shown that the SGLT-2 inhibitors, while providing effective blood glucose control in T2DM, also ultimately reduce the risk of the clinical events most likely to cause disability and death in these patients. In the large CV outcomes trials, which also include EMPA-REG with empagliflozin and the CANVAS program with canagliflozin, the findings have been consistent, but DECLARE-TIMI 58 offers unique data because its relatively low-risk population offers information about the effect of early risk management with an agent in this class.

“DECLARE-TIMI 58 is the largest and the longest study ever performed with a SGLT-2 inhibitor, enrolling a very broad population of T2DM patients.”

“DECLARE-TIMI 58 is the largest and the longest study ever performed with an SGLT-2 inhibitor. It enrolled a very broad population of T2DM patients. More than half of patients did not have atherosclerotic CV disease at enrollment. The presence of renal impairment was a trial exclusion,” observed Dr. Itamar Raz, Director Emeritus at the Diabetes Unit, Hadassah University Hospital, Jerusalem, Israel. He called patients enrolled in DECLARE-TIMI 58 “more representative of the overall diabetic population than previous trials.”

In DECLARE-TIMI 58, 17,160 patients with T2DM were randomized to dapagliflozin or placebo. Of those enrolled, approximately 41% had a history of atherosclerotic CV disease (ASCVD), but 59% had multiple risk factors only. Patients were excluded from enrollment with an estimated glomerular filtration rate (eGFR) <60 mL/min per 1.73m2. Although 7% of patients ultimately enrolled did have an eGFR below this level, the reason in most cases was progressive renal impairment after screening but prior to randomization.

The primary results of DECLARE-TIMI 58 have already been published (Wiviott SD et al. N Engl J Med 2019;380:347-57). These included a highly significant 17% reduction in the composite of CV death and hospitalization for heart failure (HR 0.83) and a 24% reduction in the renal composite endpoint (HR 0.76) for those randomized to dapagliflozin rather than placebo.

In the newly-completed renal outcomes subanalysis, published simultaneously with its presentation at the 2019 ADA Scientific Sessions (Mosenzon O. et al. Lancet Diabetes Endocrinol 2019; doi.org/10.1016/S2213-8587(19)30180-9), those randomized to dapagliflozin achieved a 47% (HR 0.53) reduction in a renal-specific composite relative to those randomized to placebo (Figure 2). The composite included end-stage renal disease, death from renal causes, and >40% reductions in eGFR to <60 mL/min per 1.73m2.

Importantly, this relative protection against declining renal function was observed in patients with and without moderate to severe renal impairment at enrollment. The pattern of protection in those with eGFR >90 mL/min per 1.73m2, which accounted for almost half of the population, was representative. In these as well as in patients with lower baseline eGFR levels, there was an initial decline in eGFR on dapagliflozin relative to placebo before a protective effect emerged and then persisted for the remaining course of follow-up (Figure 4). According to Dr. Mosenzon, the initial decline is attributed to an adjustment in glomerular perfusion associated with the initiation of SGLT-2 inhibition, but the ultimate outcome is relative protection over time against progressive renal disease.

“Diabetes is the leading cause of CKD worldwide, and the rates of both are increasing.”

“Diabetes is the leading cause of CKD worldwide, and the rates of both are increasing,” said Dr. Mosenzon, referring to the related rise in the prevalence of obesity and diabetes that is driving the need for new strategies to preserve renal function.

The same type of protection against kidney disease was seen in the recently published CREDENCE trial, patients were excluded from that study with eGFR >90 mL/min per 1.73m2. Approximately 60% of the 4401 randomized patients entered the study with an eGFR <60 mL/min per 1.73m2 with presence of macroalbuminuria (>300-5000mg/g) (Perkovic V, et al. N Engl J Med 2019;Apr 14: 10.1056/NEJMoa1811744). There was a 30% reduction (HR 0.70) in the composite endpoint of end-stage renal disease or a sustained eGFR <15 mL/min per 1.73m2, a doubling of the serum creatinine level, or death from renal or CV causes for those randomized to canagliflozin 100mg relative to placebo.

The new renal outcomes analysis of DECLARE-TIMI 58 has provided insights that renal protection is provided to T2DM patients even before renal disease is evident. In subgroup analyses, the effect against the composite renal-specific outcome from dapagliflozin was observed regardless of gender, age, presence or absence of CV disease, and urinary albumin to creatinine ratio (UACR) level.

A significant effect was also seen among patients taking an ACE inhibitor or an angiotensin receptor blocker (ARB).

EMPA-REG with empagliflozin was the first of the SGLT-2 CV outcomes trials to be published. It only enrolled patients with established cardiovascular disease. The CANVAS program with canagliflozin, which followed, was also predominated by patients with prior atherosclerotic disease with only about one third with multiple risk factors only. In both of these studies, treatment with the SGLT-2 inhibitor relative to placebo reduced risk of a composite major adverse cardiovascular events (MACE) endpoint which includes death from CV causes, myocardial infarction (MI) or stroke. This reduction was 14% (HR 0.86) in both cases.

With a lower risk population, MACE occurred less commonly in DECLARE-TIMI 58, but not reaching statistical significance. However, a similar degree of secondary prevention was observed when subsequent analyses were performed in the subgroup that entered DECLARE-TIMI 58 with established atherosclerotic CV disease, according to the principal investigator, Dr. Stephen D. Wiviott, an associate professor of medicine, Harvard Medical School Boston.

“There were 3,584 patients in the DECLARE trial who had a prior MI,” said Dr. Wiviott, updating these data at the 2019 ADA scientific session. Not surprisingly, MACE events occurred at twice the rate in this group relative to those with CV risk factors only. When those with a prior MI were assessed, there was a significant 16% (HR 0.85) reduction in MACE among those randomized to dapagliflozin relative to placebo.

Degree of Benefit and Degree of Risk Correlate

In DECLARE-TIMI 58, like the other SGLT-2 CV outcome trials, greater relative protection from cardiorenal events was achieved in those with greater risk. For example, the 27% reduction (HR 0.73) in hospitalization for heart failure in the overall study population rose to 36% reduction (HR 0.64) in the subgroup of patients with reduced ejection fraction heart failure (HFrEF). In the HFrEF population, the benefits of dapagliflozin also included a 45% reduction (HR 0.55) in CV death.

However, the important message from DECLARE-TIMI 58 is that the cardiorenal protection from SGLT-2 inhibitors is relevant even in patients with T2DM with lower CV risk. In addition to the relative reduction in renal impairment as measured with eGFR, Dr. Raz presented data showing protection against a rise in UACR, another important risk marker.

“With increased albuminuria, adverse cardiorenal outcomes increased independent of eGFR, but dapagliflozin bunted the rise in urinary albumin excretion in all strata of baseline albuminuria,” Dr. Raz reported. Again, he emphasized that “these benefits occurred in a large and broad population of T2DM patients with and without established CV disease, most of whom had preserved renal function.”

“These benefits occurred in a large and broad population of T2DM patients with and without established CV disease, most of whom had preserved renal function.”

Overall, the early cardiorenal protection supports the use of dapagliflozin after metformin to achieve glucose control in patients with T2DM, which is a conclusion reinforced by a detailed DECLARE-TIMI 58 safety analysis conducted by Dr. Lawrence Leiter, professor of medicine, University of Toronto. In a presentation at the ADA, Dr. Leiter sorted through a long list of possible complications ranging from volume depletion and hypoglycemia to bone fracture and liver injury.

“Dapagliflozin demonstrates remarkable overall safety across a broad array of subgroups,” Dr. Leiter concluded. Although he acknowledged that genital infections leading to discontinuation and diabetic ketoacidosis events were numerically higher among patients treated with dapagliflozin instead of placebo, he characterized these events as rare. Conversely, major hypoglycemia and acute kidney injury were both less common on dapagliflozin, suggesting dapagliflozin and other SGLT-2 inhibitors are among well-tolerated agents currently available for T2DM control.

The reduction in a composite of cardiorenal and renal-specific outcomes with dapagliflozin in the DECLARE-TIMI 58 trial is a remarkable finding. Rather, in a population largely without renal impairment at enrollment, the trial suggests that dapagliflozin prevents a pathological process fundamental to the clinical events most relevant to T2DM. Although other large studies with SGLT-2 inhibitors have also shown protection against cardiorenal events, DECLARE-TIMI 58 establishes that protection earlier in the CV risk continuum.