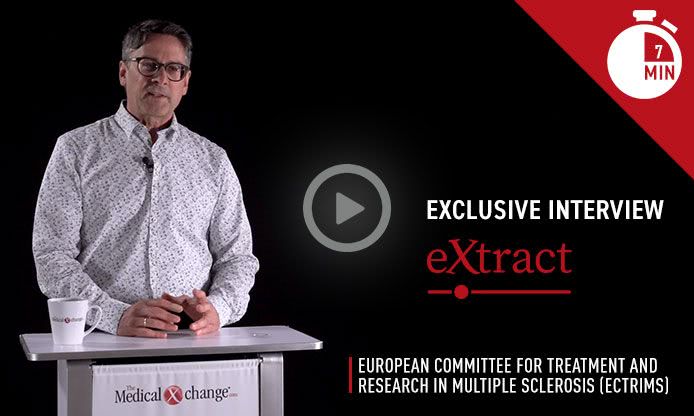 On the basis of results from the 9-year CARE-MS II core study and CARE-MS and TOPAZ extension studies, RRMS patients showed declining adverse events (AEs) and stable or improving clinical and radiographic picture. Long-term safety data indicated reduced AEs in years 3-9 compared with years 1-2. Also presented at this year’s ECTRIMS, a real-world study which compared the proportion of patients experiencing disease activity between patients who received the DMT alemtuzumab as a first-line treatment and those who received this agent as escalation therapy over a mean of 38 months. Patients fared better with an induction therapy strategy, including having higher odds of remaining free of disease activity and lower risk of EDSS worsening.

For an exclusive interview with Dr. Anthony Traboulsee on the impact to clinical practice, click here

The study, presented by Dr. Eleanora Rigoni, Foundation C. Mondino National Neurological Institute, University of Pavia, Italy, reviewed data from 124 RRMS patients, each of whom received just two courses of alemtuzumab. Twenty-five patients (20%) had received no prior MS treatment before receiving alemtuzumab, whereas 99 patients (80%) received alemtuzumab as escalation therapy, after receiving other DMTs.

“We confirmed in the real-world setting that, compared to escalation, …induction with alemtuzumab is associated with higher chances of remaining free of disease activity,” noted Dr. Rigoni and colleagues.

Alemtuzumab, initially delivered via two infusion courses 12 months apart, was re-dosed if needed in the extension period. Although other DMTs were permitted, 41% of patients received only 2 courses of alemtuzumab and no other DMT through to year 9, noted Dr. Comi.

Almost 90% of patients in the extension studies were free of gadolinium-enhancing lesions on MRI at year 9 and 71% were free of new or enlarging T2 lesions and 71% were completely free of MRI disease activity.

“Over two-thirds of patients were completely free of MRI disease activity at year 9.”

The initial CARE-MS II study found that alemtuzumab significantly improved MS-related disability and had fewer new or expanding lesions on MRI, compared to subcutaneous interferon beta-1a for patients with RRMS.

“The incidence of [AEs] was reduced in years 3-9 compared with the core study [years 1-2], and declined over time,” reported Dr. Comi. Thyroid-related AEs declined after a peak in year 3, and no immune thrombocytopenia occurred more than 48 months after the last alemtuzumab dose.