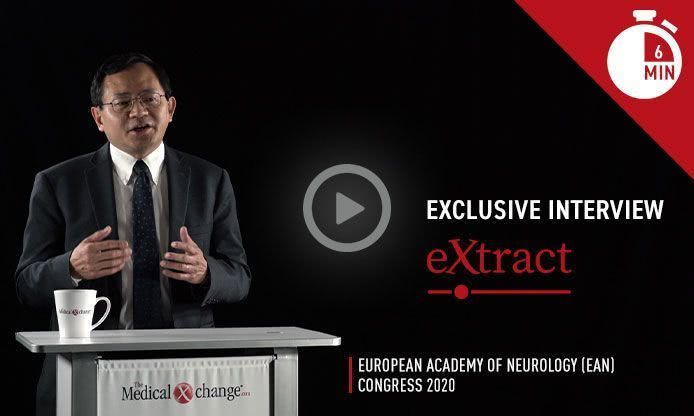 Patients with secondary-progressive multiple sclerosis (SPMS) treated with an oral agent can expect protection from disability for at least five years, according to new prospective data collected from the EXPAND open-label extension trial. With placebo patients switched to an oral as a comparator, the extension data further demonstrate early treatment is better. In the 5-year EXPAND open-label extension trial, those first randomized to siponimod rather than placebo were found to be at a substantial and clinically meaningful advantage for disability and cognitive decline through followup so far. New imaging substudy data from the randomized phase of the core EXPAND trial show sharply reduced disease activity in siponimod-treated patients, which provides a potential explanation for the sustained benefit over time.

For an exclusive interview with Dr. Liesly Lee on the impact to clinical practice, click here

“What we see in the extension data is a continuous effect of siponimod in the long-term followup,” reported Dr. Ludwig Kappos, Chair of Neurology, University of Basel, Switzerland. Relative to patients initiated on placebo and switched to siponimod, the protection against disability “highlights the value of early treatment initiation in SPMS.” Siponimod was approved by Health Canada for the treatment of SPMS earlier this year. The pivotal EXPAND trial, which was the largest randomized study ever conducted in SPMS (Kappos et al. Lancet 2018;391:1263-1273), provided the basis for that approval. Toward a planned followup of seven years, more than 25% of the patients now have five years or more of exposure to siponimod in this ongoing extension study. The primary outcome for the extension study is confirmed disability progression (CDP) sustained over at least six months. Patients initially randomized to siponimod in the core study were compared to those initially randomized to placebo and switched to siponimod.

“What we see in the extension data is a continuous effect of siponimod in the long-term followup.”

By hazard ratio (HR), there was a 22% risk reduction (HR 0.78; P=0.0026) in 6-month CDP for those initiated on siponimod rather than placebo at the most recent followup (Figure 1). The median time to 6-month CDP was 51.7 months for those who started on placebo, but it has not yet been reached in the group randomized to continuous siponimod. When calculated by average delay across the 25th to 40th percentiles of progression, continuous siponimod delayed the time to 6-month CDP by an average of 49.3%.

The relative advantage of early siponimod relative to siponimod switch after placebo was very similar for protection from cognitive decline. This endpoint was expressed in sustained worsening of cognitive processing speed over six months (HR 0.77; P=0.0047) (Figure 2). The average delay across the 25th to 30th percentiles was 55%.

At the American Academy of Neurology (AAN) virtual annual meeting the week prior, it was reported that over the longer period of followup with siponimod in the open-label extension, there were no new or unexpected adverse events relative to the core trial. In the core trial, the differences in the rates of adverse events, including serious adverse events, were generally modest. When assessed in long-term followup, side effects of special interest, including those that were slightly higher among siponimod patients in the core study, such as hypertension and bradycardia, were typically similar or lower than the rates previously associated with placebo (Table 1). “The safety after five years of followup is consistent with what was observed in the EXPAND core trial,” Dr. Kappos said at the AAN annual meeting.

At the time that the EXPAND trial was launched, no treatment had consistently demonstrated an ability to slow progression in SPMS. In the core trial, 1651 SPMS patients were randomized in a 2:1 ratio to siponimod or placebo. At trial entry, most patients had MS for at least 10 years. The mean time since conversion to SPMS was 3.8 years.

On the primary endpoint of 3-month sustained CDP, siponimod provided a 21% reduction in disability relative to placebo (HR 0.79; P=0.013) after a median of 21 months in the study. The relative benefit was observed even though patients entered the study with relatively advanced SPMS. The median Expanded Disability Status Scale (EDSS) score at study entry was 6.0.

Siponimod modulates sphingosine-1-phosphate (S1P) receptors, which participate in lymphocyte trafficking. Based on preclinical studies, the benefit appears to accrue when lymphocytes are prevented from reaching and participating in autoimmune inflammatory activity in the central nervous system. Newly completed EXPAND substudies show protection from damage to brain tissue and suggest that siponimod fosters remyelination.

In one of these substudies, 413 patients randomized to siponimod and 226 patients receiving placebo were evaluated with magnetization transfer ratio (MTR), a tool that is now widely used in the study of MS as well as other neurodegenerative diseases.

Three regions of the brain were evaluated. These were normal appearing brain tissue (NABT), cortical grey matter (cGM), and normal appearing white matter (NAWM). Evaluated in both intention-to-treat and per-protocol analyses, the outcome of interest was change in median normalized MTR (nMTR) with reductions in MTR signaling an increase in myelin density which could indicate remyelination.

The same pattern was observed in all three regions. In each, MTR changes suggested a greater numerical loss of myelin at 12 months on placebo than on siponimod. This difference did not reach significance, but myelin loss progressed in the placebo group over the next 12 months. In the siponimod group, myelin density was preserved. In two regions, myelin density may be increased (Figure 3).

These data provide evidence that “siponimod improves recovery in newly formed lesions,” Dr. Arnold reported. In NABT, siponimod appeared to suppress myelin loss completely by 24 months, whereas the slight increase in MTR at 24 months suggested remyelination in the studies conducted in cGM and NAWM. Dr. Douglas called the data “compatible with the preclinical studies” supporting the ability of siponimod to induce myelin repair.

In a second EXPAND subgroup analysis presented at the EAN meeting, percent volume change in cGM was measured to gauge relative atrophy. This post-hoc analysis was undertaken in the 1560 patients who completed the trial. The generated mixed-model for repeated measures permitted comparisons to be made across SPMS subgroups, such as those defined by age, disease duration, or EDSS score. A reduction in grey matter atrophy on siponimod treatment was previously reported, but this study provided a more detailed evaluation of change in cGM and thalamic volume at 24 relative to 12 months.

“MS was considered a disease largely of white matter pathology, but we now know that atrophy of the grey matter is associated with long-term and irreversible disability accumulation,” explained Dr. Ralf Gold, Chief of Neurology at Ruhr University, Bochum, Germany.

The protection against loss of cGM with siponimod differed only modestly by subgroups defined by age (45 years of age or younger vs. older), disease duration (15 years or less vs. longer), EDSS score (less than 6.0 or greater), with or without active SPMS, and with or without gadolinium-enhancing lesions (Figure 4). Across the subgroups, siponimod reduced cGM atrophy versus placebo by 48% to 116% at month 12 and the benefit persisted to month 24. All the differences were significant, most at a high degree (P<0.0001).

Thalamic atrophy was also reduced, but the degree of reduction was more variable by subgroup, according to Dr. Gold. For example, relative protection was more pronounced in younger patients, those with shorter disease duration, and those with active disease. However, the only subgroup and timepoint in which the relative protection against thalamic atrophy did not reach clinical significance was at 12 months in those with MS for more than 15 years (P=0.103). In the remaining groups, the relative protection of siponimod over placebo for thalamic atrophy ranged from 30% to 68% (all P<0.05). The consistency of the effect and the potential relationship of these data to the reduced rates of disability and cognitive decline in the EXPAND open-label extension is compelling, according to Dr. Gold.

“The reduction in cGM and thalamic atrophy was substantial and similar across all of the subgroups, including those with more advanced disease,” Dr. Gold said. According to the EXPAND open-label extension, there is greater benefit when siponimod is started earlier rather than later in patients with SPMS, but the most recent substudies indicate that relative protection from progression might be similar at late versus earlier stages of disease. While the goal of treatment in SPMS is likely to be preservation of myelin or remyelination when tissue atrophy is more advanced, the consistent benefit of siponimod provides insight into a disease process that remains incompletely understood.

Commenting about the EXPAND open-label extension data, Dr. Bruce Cree, Clinical Research Director, University of California, San Francisco, suggested that the most important finding of this study is that there is a treatment for SPMS that prevents disability progression. But based on the evidence that even subtle physical and cognitive changes predict worse outcomes, he said the EXPAND data join others to “highlight the critical importance of early treatment” to avoid irreversible pathology. “It is never too early to stay ahead of progression in multiple sclerosis,” said Dr. Cree, supporting one of the key messages of the EXPAND open-label extension.

“It is never too early to stay ahead of progression in multiple sclerosis.”

Long-term followup with the first study to associate a pharmacologic therapy with protection from progression in SPMS patients has demonstrated that the benefit persists at least five years. At the most recent followup in the ongoing EXPAND open-label extension, there were substantial and clinically meaningful protection against separate objective measures of physical disability and cognitive decline sustained over six months. Greater relative protection was observed in those on siponimod the longest relative to those initiated on placebo before being switched to active therapy. Substudies of the EXPAND core study associate siponimod with with protection from brain tissue damage and with a potential remyelinating effect.