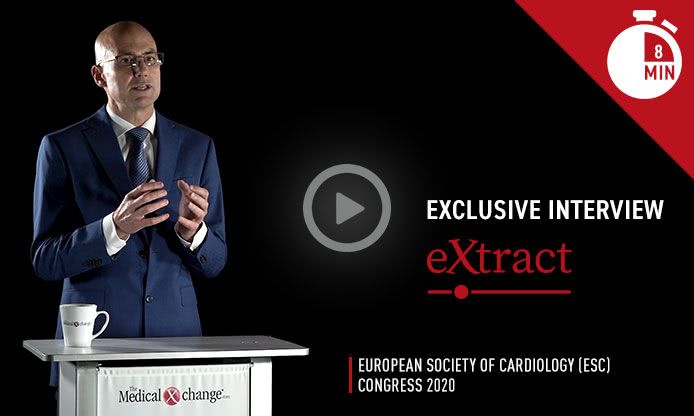 NOACs are the standard of care for stroke prevention in patients with AF according to multiple sets of guidelines. There are now abundant data to suggest a greater benefit-to-risk ratio from appropriate therapy, including those from the most recent ETNA-AF registry, which is collecting data globally on more than 25,000 patients taking the NOAC edoxaban. Data presented on the European component at the 2020 ESC meeting (ETNA-AF Europe), an even greater relative risk reduction was observed in older patients or those classified as frail but with no increase in risk of intracranial hemorrhage (ICH). Derived from an all-comer population treated outside of a randomized trial, this is important information.

For an exclusive interview with Dr. John Eikelboom on the impact to clinical practice, click here

“The findings of the ETNA-AF Europe study reinforce the effectiveness and safety of NOACs in general and edoxaban in particular, confirming the results of the randomized trials,” reported Dr. Joris R. de Groot, Department of Cardiology, Amsterdam University Medical Center, The Netherlands. “There was no increased risk of hemorrhagic stroke observed among the elderly.”

The ETNA-AF Europe study is part of a global registry with more than 25,000 patients enrolled. Dr. de Groot presented one-year outcomes from 13,092 patients prospectively enrolled at more than 800 participating sites in Europe. As in the Global ETNA-AF, slightly more than half were 75 years of age or older and approximately 11%—or nearly 1,400 patients in the ETNA-AF Europe study—were 85 years of age or older. In addition, approximately 11% of patients were characterized as frail.

The rates of ischemic and bleeding events in ETNA-AF Europe were similar to those observed in the randomized phase 3 ENGAGE AF-TIMI 48 trial, which associated edoxaban with at least similar protection from ischemic events but significantly lower rates of bleeding than warfarin (Giugliano RP et al. N Engl J Med 2013;369:2093-2104). In ETNA-AF Europe, the annualized rates were 0.82% for stroke or systemic embolism, 1.63% for cardiovascular (CV) death, and 3.5% for all-cause death. Along with annualized rates for major bleeding (1.05%) and ICH (0.24%), these real-world rates are low and compare favorably with those reported in the ENGAGE AF-TIMI 48 trial.

Of those enrolled in ETNA-AF Europe, 83% were dosed according to the labeling. As a result, nearly 80% received the full 60-mg once-daily dose. The remaining received the 30-mg dose, which is recommended for patients with low body weight (≤60 kg), reduced creatinine clearance (15 to 50 mL/min) or those taking selected P-glycoprotein inhibitors. As expected, rates of major bleeding and stroke or systemic embolism were higher among patients in the 30-mg group due to greater baseline risk, but rates of hemorrhagic stroke were lower and the rate of ICH was the same  (Figure 1), (Figure 2).

Of those not on the recommended dose, the majority were candidates for 60 mg but were placed on a 30-mg dose of edoxaban. In an exploratory analysis of this subgroup, outcomes were worse, including a higher rate of all-cause death, CV death and major bleeding, leading Dr. de Groot to speculate that inadequate doses of edoxaban led to avoidable risks.

At recommended doses, “ICH and hemorrhagic stroke rates were encouragingly and consistently low and proved independent of age, or frailty status,” reported Dr. de Groot. He observed that with no or little increase in ICH or hemorrhagic stroke on recommended doses of edoxaban, the data predict an even greater benefit-to-risk ratio among the elderly and frail patients.

“The older you are, the higher your risk for stroke. As a result of that, the absolute reduction in risk of stroke will be even bigger when you are older. And this is an important concept,” explained Dr. Jan Steffel, Vice Chairman, Department of Cardiology, University Hospital Zurich, Switzerland  (Figure 3).  He noted that many clinicians fear iatrogenic bleeding over risk of stroke but emphasized this confuses priorities.

For elderly patients, “the one thing that they do not want is a stroke; they do not want to have disability. This is frequently what they fear more than even dying. This is extremely important,” Dr. Steffel said. For this indication, “edoxaban has an excellent efficacy as well as safety profile.”

In a separate real-world retrospective study using data from the German Deutsche Analysedatenbank, ischemic events have been significantly lower on edoxaban than apixaban, dabigatran, and rivaroxaban, according to a poster at the ESC Congress. In this study of more than 19,000 patients, rates of major bleeding were also significantly lower on edoxaban than the other NOACs with the exception of apixaban, for which major bleeding rates were comparable.

Real-world data from the ETNA-AF study associate NOAC therapy with low annualized rates of stroke, major bleeding, ICH, and CV death in AF patients overall and in elderly or frail AF patients specifically. The data confirm the benefits observed in ENGAGE AF-TIMI 58 but reinforce the efficacy and safety of employing recommended doses of edoxaban including those individuals who are frail or at an advanced age. In patients taking the appropriate dose of edoxaban, the data show protection from stroke is achieved without increased risk of ICH or hemorrhagic stroke, which are the most feared complications.