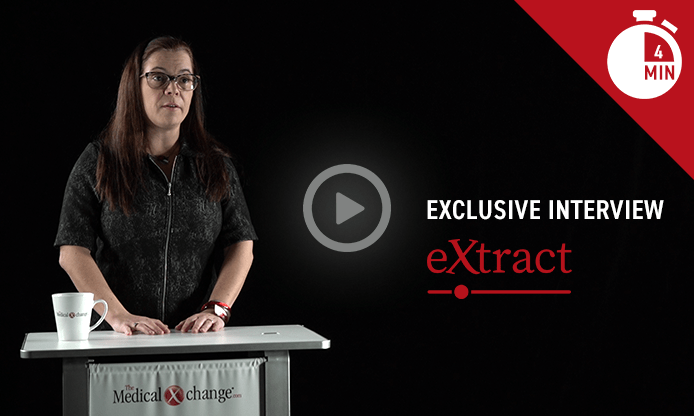 For an exclusive interview with Dr. Sarah A. Morrow on the impact to clinical practice, click here

Individuals who have stable MS without progression have been the source of additional evidence that physical disability and neurocognitive changes advance independently. Cognitive impairment has been observed in PwMS with very low disease activity, defined as an Expanded Disability Status Scale (EDSS) score of <3.0 for at least 15 years after diagnosis, even though cognitive impairment in these individuals is an adverse prognostic marker. When followed, those PwMS with low disease activity but cognitive impairment are more likely to worsen physically, as noted by an increase in EDSS when evaluated 5 or 12 years later.6,7 However, even this relationship is not absolute.

Similarly, pediatric onset of MS is associated with cognitive impairment, so that children and adolescents with MS on average have poorer academic performance and lower intelligence quotient scores than healthy controls.8 Again, this relationship is not absolute. When PwMS with a pediatric onset are followed longitudinally, cognitive symptoms and physical disability do not necessarily advance at the same pace over time.9

MS is an inflammatory and demyelinating disease of the central nervous system (CNS), making it reasonable to presume that cognitive impairment is a direct product of neurodegeneration.10 Yet, the exact pathophysiology is unclear. In a MRI study of 234 PwMS of which 41% had cognitive deficits, cortical grey matter volume loss was the only consistent baseline predictor of cognitive decline across MS subtypes, but predictors differed for those with early-stage RRMS, in whom white matter integrity damage predicted cognitive deficits, relative to those with late-stage RRMS or progressive MS, in whom cortical atrophy was a significant predictor.11 Greater cognitive decline was associated with greater structural damage at baseline in both groups, but one did not reliably predict the other in any individual patient.

Individual differences in brain reorganization may be relevant to the variability at which cognitive function advances at the level of an individual person. Brain reorganization refers to the process with which new neural pathways are formed to sustain functional connectivity in response to neurodegeneration. It has been hypothesized that some PwMS have greater capacity for brain reorganization.12 This theory is supported by several studies. In a functional connectivity analysis conducted in PwMS and controls, for example, those with MS demonstrated unequal activation of brain regions attributed to adaptive changes.13

Despite some variability across studies, episodic memory loss and impaired information processing speed have been repeatedly identified as the most common affected domains in PwMS.17, 18 In a review that collated data from published studies evaluating impairment across domains of cognitive function, more than half of PwMS had impairment in one or both of these domains.19 In comparison, impaired verbal fluency was relatively uncommon (Figure 2).

The variability in cognitive impairment mirrors variability in physical symptoms, such as motor function, tremor, diplopia, or numbness. Although both are likely driven primarily by structural and functional changes related to neurodegeneration, the limited correlation in the speed and severity of progression suggests the pathways that drive each are, at least to some degree, independent. In a study attempting to determine whether structural or functional changes drive deficits in information processing speed, the correlation was found to be strongest for structural change. A more specific understanding of the pathophysiology is needed for its potential to lead to new strategies for treatment. A better understanding of modifiable drivers of cognitive impairment might also help to identify which of the existing disease-modifying treatments, if any, offer the greatest preservation of cognitive function.

It has been nearly 10 years since a multidisciplinary conference was assembled to advocate for the routine assessment and treatment of cognitive dysfunction in MS.20 When specific guidelines for managing cognitive decline were drafted in 2018, the authors emphasized that cognitive function, although a major source of morbidity, was still being inadequately evaluated or treated.21

However, clinical enthusiasm for monitoring this symptom is likely to have been tempered by the limited treatment options. Even in the 2018 guidelines, the review of potential pharmacologic therapies, such as amantadine, donepezil, and ginkgo biloba, did not identify any with convincing benefit. Rather, the most strongly advocated interventions were cognitive remediation and exercise. Both are supported by clinical studies,22, 23 but the therapeutic gain with each is modest.

Many clinicians recognize the rationale for establishing baseline cognitive function, but documenting change and the rate of change over time is also important.21 In children, this permits early intervention when symptoms threaten academic performance. In adults, the value ranges from early remediation to documenting disability for those who are candidates for benefits in the event of lost income. Tools other than SDMT can be considered, but guidelines emphasize serial reassessments with the same instrument. Along with cognitive screening, at least annual screening for depression, which can masquerade for or complicate cognitive impairment, is also recommended.

Despite the prominence of cognitive dysfunction as a symptom and source of disability in MS, few major treatment trials have included cognitive function among endpoints.21 In the phase 3 EXPAND trial, which compared siponimod to placebo, cognitive assessments were incorporated a priori as a study outcome. Assessments were performed at baseline, every six months, and at the end of treatment. The primary endpoints for this trial were time to three-month confirmed disability progression (CDP),24 while the cognitive outcomes were a prespecified exploratory analysis.

The results of the predefined and post hoc analysis of the cognitive outcomes were recently published.25 On the basis of the Symbol Digit Modalities Test (SDMT), which is the most commonly used and arguably the best measure of clinically meaningful change in information processing speed,26 there were significant differences favoring siponimod at month 12 (P=0.0132), month 18 (P=0.0135), and month 24 (P=0.0002) (Figure 3).

For a clinically meaningful change in SDMT, defined as a four-point change from baseline, those randomized to siponimod were at a significantly lower risk of decline in cognitive function with a hazard ratio (HR) of 0.79 (P=0.0157). The siponimod group also had a significantly greater likelihood of having improvement in SDMT scores (HR 1.28; P=0.0131). This improvement in cognitive function was observed in those with or without cognitive impairment prior to study entry, defined as a SDMT score of <43 points (higher scores signaling better performance) and in those with advanced disability, defined as EDSS score of 6 or greater, and in those with less disability. The authors considered the preservation of cognitive function consistent with MRI scans, which were performed every 12 months and associated siponimod with reduced brain volume loss relative to placebo.

In the core analysis of EXPAND, which randomized 1651 people with SPMS in a 2:1 ratio to 2 mg once daily of siponimod or placebo at centers in 31 participating countries, siponimod was associated with a 21% (P=0.013) reduction in the risk of reaching 3-month CDP. It was the first oral therapy to show a reduction in SPMS progression.

Of those who participated in the core study, 1224 were enrolled in an extension phase, when control subjects were switched to the active therapy. At the end of the extension study, when those originally randomized to siponimod were compared to those switched from placebo, an advantage was demonstrated for early initiation of the active therapy. This included a highly significant advantage for the primary endpoint of 3-month CDP (P=0.0064) and 6-month CDP (P=0.0048).27

In the cognitive outcome substudy, time to sustained changes in SDMT was evaluable in 98% of the study participants. Two additional cognitive assessments were administered. The Paced Auditory Serial Addition Test (PASAT) measures processing speed/working memory. The Brief Visuospatial Memory Test-Revised (BVMT-R) measures visual and spatial memory. In this study, both the Total Recall (TR) and Delayed Recall (DR) instruments of the BVMT-R were employed. No difference between active treatment and placebo groups was significant for any of these measures at 12- and 24-month assessments. This was not wholly unexpected. PASAT has been shown in prior studies to be more susceptible to practice-effects.28 BVMT-R is designed to test memory, for which functional improvements have never been achieved with a disease-modifying therapy in a phase 3 trial.

The improvement in SDMT is consistent with experimental studies associating siponimod with neuroprotection, including remyelination. In one ex vivo study, siponimod was associated with restoration of cortical neuronal circuit function.29 In a clinical study, siponimod has been associated with a reduction in cortical gray matter and thalamic volume loss.30 However, the exact mechanism by which siponimod favorably affected cognitive function in the EXPAND trial remains unclear.

According to the authors of the EXPAND secondary analysis on cognitive function, the improvement in SDMT score associated with siponimod would likely have a beneficial high impact on quality of life and vocational status.

By providing evidence that cognitive impairment can be prevented or reversed, the EXPAND trial establishes a new context for existing recommendations to screen and monitor PwMS for cognitive deficits. Baseline and serial cognitive assessments are already guideline- recommended, and the EXPAND trial shows the potential siponimod has for modifying cognitive decline in MS. It also emphasizes the need for openly discussing, measuring, and managing this manifestation of disease.

In the guidelines, cognitive screening with the SDMT or other validated screening tools is indicated in all adults and children 8 years old or older with CIS, RIS defined as early gray matter damage, or a diagnosis of MS. Reassessment in these individuals is recommended at yearly intervals or more often in the event of change in cognitive function (Figure 4). According to the guidelines, assessment and management of cognitive dysfunction should be raised to the same standards applied to prevention of relapses and progression of physical disabilities.

This is justified on the basis of evidence that burden imposed by cognitive impairment is of a magnitude at least equal to that of physical disabilities. In a study limited to those with a progressive form of MS, cognitive function assessments, including the SDMT, correlated closer with quality of life as measured with the Short-Form 36 (SF-36) than EDSS and other measures of physical impairment, such as the timed 25-foot walk (T25FW).31 In another study, which found a relationship between a decline in neuropsychological tests and adverse change in vocational status, a clinically significant decline in SDMT score raised the odds ratio of vocational status deterioration by more than four-fold.32

In a more complex study that constructed a model to evaluate predictors of work disability, cognitive impairment as measured with SDMT, physical disability as measured with EDSS, and depression evaluated with the Hospital Anxiety and Depression Scale (HADS-D) were all significant (P<0.05).33 All were identified as potential targets for preserving or improving vocational status.

People with MS who are cognitively impaired score lower on measures of quality of life than those who have similar physical disabilities but no cognitive impairment.34 Greater cognitive impairment imposes greater restrictions on daily activities, such as driving a car or participating in social activities.35, 36 Slow information processing is associated with lower income in PwMS independent of physical dysfunction.37

A secondary analysis of the pivotal EXPAND trial provides the best evidence so far that an active therapy in SPMS can preserve and, in some cases, improve cognitive function. This class II evidence draws attention to an important aspect of MS that is sometimes overlooked. Insufficient appreciation of the relative adverse impact exerted by cognitive impairment on quality of life, insufficient knowledge and training on how to evaluate and monitor cognitive function, and lack of awareness about strategies to work with PwMS to modify cognitive impairment have all been barriers to optimal management of this MS symptom.21 Treatments to prevent or reverse cognitive impairments are needed urgently.