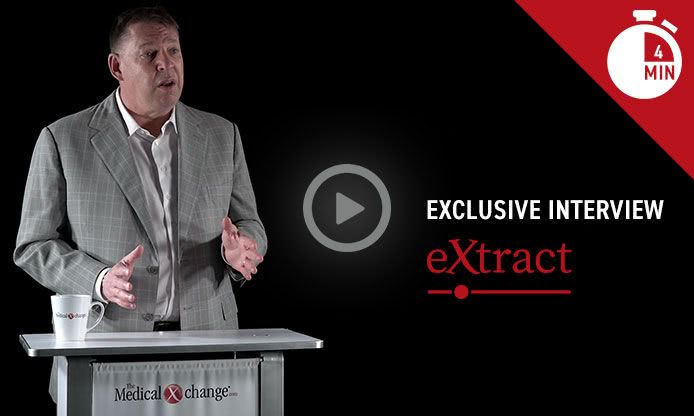 In Canada and elsewhere, HFrEF is a major source of morbidity and mortality consuming a substantial proportion of healthcare costs due to inevitable progression and repeat hospitalizations.1 In patients with HFrEF, defined as a left ventricular ejection fraction (LVEF) of 40% or lower, a series of pharmacologic therapies introduced over the past 30 years have provided incremental, synergistic and substantial protection against disease progression and death. The newly updated CCS/CHFS guidelines have revised the standard.2

For an exclusive interview with Dr. Jonathan Howlett on the impact to clinical practice, click here

There are now four key therapies with an evidence-based survival benefit. In addition, the guidelines include an important reorientation in the algorithm. This update builds upon the previous guidelines published in 2017,3 and now emphasizes initiation and optimization of all the key GDMT agents within three to six months of the HFrEF diagnosis. The recommendation for early start of comprehensive therapy is independent of symptom severity, and it is applicable to most patients.

Of the four key GDMT agent classes, the survival benefits of each have been demonstrated on top of the treatment standard at the time that pivotal trials establishing the new or additional standard were conducted2.

In the 2017 guidelines, the ARNI sacubitril/valsartan replaced ACE inhibitors as a foundational GDMT in HFrEF patients on the basis of the PARADIGM-HF (Prospective Comparison of ARNI with ACEI to Determine Impact on Global Mortality and Morbidity in Heart Failure) trial. When compared to enalapril in this study, the ARNI provided a 16% reduction (P<0.001) reduction in all-cause mortality relative to an ACE inhibitor when more than 90% in both groups were taking a BB and more than 50% were taking a MRA.7

SGLT2 inhibitors are the most recently added class of GDMT for patients with HFrEF. In one of several trials showing a mortality benefit, dapagliflozin produced a 17% reduction (P<0.01) in all-cause mortality relative to placebo on top of optimal care that included a BB in more than 90% and a MRA in more than 70%.8 Only about 10% of participants in this trial, called DAPA-HF (Dapagliflozin and Prevention of Adverse-Outcomes in Heart Failure), received an ARNI, which was not yet a standard when DAPA-HF was launched, but most not taking an ARNI were taking an ACE inhibitor. In a similar trial called EMPEROR-Reduced (Empagliflozin Outcome Trial in Patients with Chronic Heart Failure and a Reduced Ejection Fraction), about 20% of patients were on an ARNI.9 Subsequent analyses found the benefit from the SGLT2 inhibitor evaluated in this trial, empagliflozin, was similar in those who were or were not on an ARNI.

Each component of GDMT is thought to exert multiple favorable effects on the cardiovascular system that are complementary to each other. While each medication class inhibits HFrEF progression and promotes cardiac remodeling, they do so by affecting different neurohormonal systems.10 For example, BB are thought to act primarily through inhibition of the sympathetic nervous system.11 ACE inhibitors and ARB confer benefits via inhibition of the renin-angiotensin system (RAS).12 In the case of MRA, the target is inhibition of aldosterone, resulting in an antifibrotic effect.13 For ARNI, there is a favorable interaction between the ARB component on RAS inhibition and the sacubitril component on inhibition of neprilysin to lower levels of NT-proBNP and similar compounds, which further promotes vasodilation, enhanced natriuresis, reverse remodeling and reduced cardiac injury.14

The cumulative benefit of GDMT is large. This is not only deduced from the incremental mortality benefits in the pivotal trials, but recent studies quantifying the estimated additive value of GDMT points to impressive risk reductions. For example, when compared to a conventional strategy of ACE inhibitor and BB, the addition of ARNI, MRA, and SGLT2 inhibitors was estimated to provide a 47% reduction (HR 0.53) in all-cause mortality in a cross-trial analysis that accounted for background therapies after a median follow-up of three years.15 The estimated reduction in a composite endpoint of cardiovascular death or hospital admission for heart failure over the same period of time was 62% (HR 0.38).

According to modified life-table analyses, a 55-year-old with HFrEF on GDMT relative to conventional therapy could expect 8.3 years of additional life free from cardiovascular death or first hospital admission. For an 80-year old, the estimate was an additional 2.7 years (Figure 1).

A separate analysis calculating cumulative benefits emphasized the incremental importance of combining GDMT.16 Relative to a background of symptom-based therapies such as digoxin, the estimated additive benefit of a conventional triple therapy of ACE inhibitors, BB and MRA was a 56% reduction (HR 0.44) in risk of all-cause mortality.  With the addition of ARNI, this relative reduction reached 63% (HR 0.37). A random effects analysis confirmed that each treatment provided an incremental mortality benefit.

In an outcomes study employing retrospective data from 17,106 HFrEF patients, the same effect was demonstrated.17 The primary outcome evaluated in this study was rehospitalization for heart failure or death one year on treatment after HFrEF hospitalization. Compared to the nearly 4000 patients who received no therapy, a similar sized group receiving just one GDMT had a 32% relative reduction in risk of the primary outcome, rising to a risk reduction of 44% in the more than 7000 patients on two GDMT, and reaching 55% in the 2286 HFrEF patients who received three GDMT therapies. The heart failure trials with SGLT2 inhibitors were generally initiated before or about the time that ARNI was established as one of the pillars of care in HFrEF. As a result, the contribution of SGLT2 inhibitors was evaluated on top of BB, MRA, and either an ACE inhibitor or, in a smaller proportion of patients, an ARNI. The added benefit to triple therapy was large. According to a meta-analysis of the DAPA-HF and EMPEROR-Reduced studies, SGLT2 inhibitors add a further 25% reduction (HR 0.75; P<0.0001) on top of triple therapy for the outcome of cardiovascular death of HFrEF rehospitalization18 (Figure 2).

Within the goal of promptly initiating all GDMT in HFrEF, ARNI therapy deserves particular attention. When introduced in 2017, the CCS/CHFS guidelines recommended a slow titration scheme of the ARNI in stable out-of-hospital patients. Although subsequent studies, such as PIONEER-HF (Comparison of Sacubitril–Valsartan versus Enalapril on Effect on NT-proBNP in Patients Stabilized from an Acute Heart Failure Episode),19 showed that initiation of an ARNI at the index hospitalization is well tolerated and produces more rapid reductions in NT-proBNP, practice survey data continue to indicate that HFrEF candidates are not receiving this therapy in a timely manner.

In a 2018 study, for example, only 27,267 (12%) of the 225,562 HFrEF patients in Canada indicated for ARNI were on this therapy.20 While 340 lives were likely saved if the 27,267 HFrEF patients were maintained on ARNI for one year, according to calculations made by the authors on the basis of the pivotal PARADGIM-HF trial, the same calculations predict that 2,820 lives in Canada were lost among the 225,562 HFrEF indicated for this therapy but not treated. Similarly, only an estimated 568 rather than the expected 4,699 HFrEF patients were protected from rehospitalization or death had the ARNI been uniformly prescribed for one year (Figure 3).

To dispel the impression that ARNI is a second-line therapy to be considered only after patients are on a stable dose of BB, MRA, and ACE inhibitor, the new CCS/CHFS guidelines have clearly emphasized that ARNI is a first-line HFrEF treatment that should be initiated in patients admitted to hospital with a new diagnosis of HFrEF. Further, the guidelines clearly indicate the need to switch such patients already treated with an ACE inhibitor or ARB to ARNI prior to hospital discharge.

Very similar language is used in the 2021 American College of Cardiology (ACC) Expert Consensus Decision Pathway.21 Again, the ARNI, like the other three pillars of GDMT, are recommended first line and without delay once a diagnosis of HFrEF has been reached. In these guidelines, initiation of the ARNI along with a BB and MRA is a reasonable first step, although several variables can be considered for individualizing the strategy to ensure that all patients safely reach target doses of all four GDMT components. For most patients, the appropriate target dose is the one proven effective in pivotal trials.

The importance of promptly initiating GDMT and uptitrating to target doses is reflected in the ARNI clinical data. Elevated levels of NT-proBNP are characteristic of HFrEF and indicate both clinical risk and propensity for ongoing left ventricular changes in cardiac geometry and function that represent remodeling. This begins early and progresses over time. In the open-label PROVE-HF (Prospective Study of Biomarkers, Symptom Improvement, and Ventricular Remodeling During Sacubitril/Valsartan Therapy for Heart Failure) study, reductions in NT-proBNP induced by sacubitril/valsartan were associated with reversed cardiac remodeling within six months.22

More recently, the PIONEER-HF trial demonstrated that in-hospital initiation of ARNI is safe and results in reduction in NT-proBNP concentrations on ARNI relative to enalapril.19 The separation of the curves for NT-proBNP were seen within one week. Although this short eight-week trial was not designed to show a difference in clinical events, a highly statistically significant difference (P=0.001) in a composite of adverse heart failure events (heart failure rehospitalization, placement of a left ventricular assist device, listing for transplant, or death) favoring the ARNI had already been achieved by eight weeks. The curves remained separated after the eight-week blinded phase (Figure 4).

Both the CCS/CHFS and American College of Cardiology (ACC) guidelines outline and address potential obstacles for guideline adherence. One motivation is likely to have been concern about therapeutic inertia. New guidelines can be confusing and intimidating, but both the CCS/CHFS and ACC documents are written with tips and recommendations to simplify and clarify pathways to implementation.

Typically, guidelines are adopted gradually into routine clinical practice over several years. Even specialists appear to exercise caution when treating patients they deem to be at high risk for unexpected adverse events. For example, a Canadian study evaluated treatment in 511 HFrEF patients in a specialist tertiary care heart failure clinic, and showed that GDMT therapies, such as BB (98.6%) and MRA (93.4%), were prescribed at high rates, but approximately one third of patients were not taking optimal doses.23 Suboptimal doses were most commonly identified in older patients or those who had a recent stroke or ischemic attack. In some or most of these cases, lower than recommended doses might have been prudent, but one take home message from this study is that reasons other than clinician inertia can explain guideline-nonadherence, mainly physiological (heart rate, blood pressure, tolerance) and biological (renal function and potassium serum level) limitations to reach target dosage of GDMT.

The need for individualization of therapy, including relatively slow titration or lower than target doses of GDMT, is covered in the guidelines. This includes specific examples as well as guidance for clinicians who are considering referral due to unresolved concerns or uncertainty in patients with clinical characteristics, including comorbidities, that complicate treatment choices. The guidelines also place GDMT in the context of supportive treatments and other appropriate steps to improve outcomes or quality of life.

Perhaps most importantly, these guidelines outline a systematic approach that will ensure that all patients receive, or are at least considered, for GDMT. For the CCS/CHFS guidelines, the stated objective was to help clinicians participate in a paradigm shift to early initiation of a comprehensive GDMT regardless of practice setting.

The first-line treatment of HFrEF now includes four therapies. Rather than added sequentially according to symptoms or disease severity, all should be initiated and titrated to optimal target doses in essentially all patients as quickly as possible after the diagnosis. The goal is to prevent the underlying progression of HFrEF, which includes characteristic cardiac remodeling leading to impaired pump function, symptoms, and events. Each of the four GDMT act on independent pathways of cardiac remodeling, which explains their additive benefits. The ARNI component, once recommended for selected HFrEF patients already on first line GDMT, has been moved forward in the algorithm. In Canada, the expected benefit from tight adherence to GDMT is a reduction in HFrEF-related morbidity and mortality.