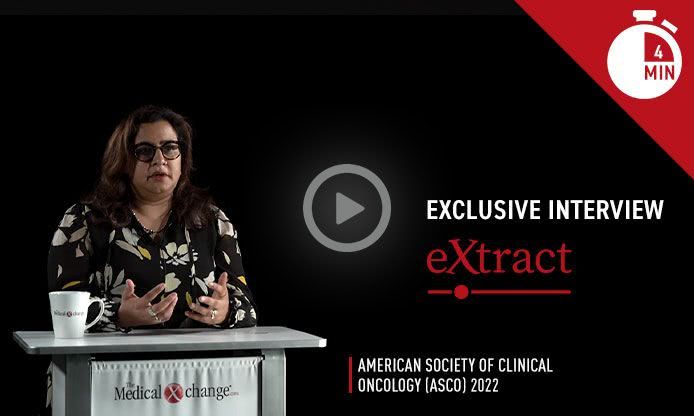 The primary results from ELEVATE-TN, a pivotal study of a second-generation BTKi for CLL, were published 2 years ago (Sharman JP et al. Lancet 2020;395:1278-1291). In this trial, the next-generation BTKi acalabrutinib as monotherapy or in combination with the B-cell targeted mAb obinutuzumab was compared to obinutuzumab plus chlorambucil, a chemoimmunotherapy regimen. The updated long-term results presented at the 2022 ASCO meeting do not just confirm the PFS advantage previously reported, but demonstrate extended control with good tolerability. OS rates, which were numerically higher in either arm containing acalabrutinib, have reached significance in the arm with the B-cell inhibitor.

In the control arm with chlorambucil plus obinutuzumab, PFS rates fell within months of treatment initiation and declined sharply beginning about 12 months after randomization. By 2 years, less than half of patients remained in PFS. By 5 years, the rate had fallen to 21%. In contrast, the PFS rates were 72% and 84% for acalabrutinib monotherapy and acalabrutinib plus obinutuzumab at 5 years, respectively. Unlike the chemoimmunotherapy arm, the decline in both acalabrutinib arms over time was slow. From 2 years of follow-up, when more than 80% in both groups were still in PFS, the decline over the next 3 years remained gradual with a widening gap relative to the treatment arm that did not include acalabrutinib (Figure 1).

At 5 years, the median PFS was 17.5 months in the chemoimmunotherapy arm but had not yet been reached in either acalabrutinib arm. The PFS advantage for each of the acalabrutinib arms over chlorambucil plus obinutuzumab was highly statistically significant (both P<0.0001). The study was not powered to show a difference between the two acalabrutinib arms.

At the time that ELEVATE-TN was designed, chlorambucil was among agents considered to be within the standards of care. In first-line CLL therapy, the RESONATE-2 trial showed an OS advantage relative to chlorambucil with ibrutinib, the first licensed BTKi. However, acalabrutinib was developed subsequently with greater specificity for the BTK target and was approved more than 2 years ago largely on the basis of ELEVATE-TN. The specificity of action is potentially relevant to both efficacy and safety. In a head-to-head trial conducted in relapsing CLL (Byrd JC et al. J Clin Oncol 2021;39:3441-3452), acalabrutinib was better tolerated and produced less cardiotoxicity than first-generation ibrutinib.

In the global phase 3 ELEVATE-TN trial, 535 treatment-naïve CLL patients ≥65 years of age were randomized to one of 3 arms at 142 treatment centers in 18 countries. There were few exclusion criteria, but patients were required to have an Eastern Cooperative Oncology Group (ECOG) performance status of ≤2 and preserved renal and hepatitis function.

In the control arm, patients received 0.5 mg/kg of oral chlorambucil on days 1 and 15 for six cycles plus an intravenous loading dose of obinutuzumab during the first 28-day cycle. For the following 5 cycles, patients received one dose of 1000 mg obinutuzumab. Patients in both of the acalabrutinib arms took 100 mg twice daily of the BTKi until progression or intolerance. Those who also received obinutuzumab started the loading regimen in the second cycle and then received the monthly 1000 mg intravenous doses for the following 5 cycles.

In the new data presented at the 2022 ASCO Annual Meeting, the median follow-up was 58.2 months with up to 6 years for those followed the longest.

The rates of PFS at the end of 5 years of follow-up in high-risk genetic subgroups were lower relative to unselected patients in all 3 treatment arms, but they remained several times greater in either arm receiving acalabrutinib. In the 14% of patients with del(17p) and/or mutated TP53, only 18% of those randomized to chemotherapy remained in PFS at the 5-year assessment. Conversely, the rates were 71% whether assigned to acalabrutinib monotherapy or to acalabrutinib plus obinutuzumab (Figure 2). The median PFS was 17.5 months in the chemotherapy arm but has not been reached in either arm receiving acalabrutinib.

OS rates at 5 years remain substantial despite treatment assignment. For chemoimmunotherapy, acalabrutinib monotherapy, and acalabrutinib plus obinutuzumab the rates are 82%, 84%, and 90%, respectively. The median OS has not been reached for any study arm.

Relative to the previously-published initial results from ELEVATE-TN, the common adverse events were characterized by Dr. Sharman as “generally unchanged.” Headache, diarrhea, and arthralgia were more common in arms that included acalabrutinib relative to the arm randomized to chemoimmunotherapy. On chlorambucil plus obinutuzumab, neutropenia, nausea, and infusion-site reactions were more common.

“Relative to the previously-published initial results from ELEVATE-TN, the common adverse events over time on [the BTKi] have been generally unchanged.”

The ELEVATE-TN trial should not be misinterpreted as a 3-way comparison. At the time this trial was designed, there was a large and growing body of evidence that B-cell targeted mAbs could improve objective responses in several hematologic malignancies. For this reason, the control arm of ELEVATE-TN, unlike the RESONATE-2 trial with ibrutinib, combined chlorambucil with obinutuzumab.

Due to the fact that the trial was not designed or powered to compare the two arms containing acalabrutinib, the appropriate conclusion is that this BTKi in first-line treatment of CLL substantially extends the period without progression or death with or without obinutuzumab relative to chemoimmunotherapy. Neither the median PFS nor the median OS has been reached for either acalabrutinib arm. In treatment choice, this is an important point. Despite greater PFS and OS rates at the end of 5 years in the acalabrutinib arm with obinutuzumab, acalabrutinib was also shown to be highly effective and a reasonable choice for patients who wish to forego monthly infusions of a mAb. The reasons might include a reduced risk of adverse events, greater convenience, or lower cost. It is notable that in patients with del(17p) or mutated TP53, there was no difference between the acalabrutinib arms for PFS at 5 years.

The BTKi acalabrutinib received regulatory approval for the treatment of CLL more than 2 years ago, but the long-term results from the pivotal ELEVATE-TN trial document a remarkable persistence of benefit with a high degree of tolerability. Even with the addition of obinutuzumab to chlorambucil, PFS rates begin to decline within months of treatment initiation and then fall steeply after about a year of therapy. In contrast, the vast majority of patients have remained in PFS after 5 years on either acalabrutinib monotherapy or in combination with obinutuzumab. Relatively free of cardiotoxicity, oral acalabrutinib is an attractive first-line treatment option for long-term control in patients with previously-untreated CLL.