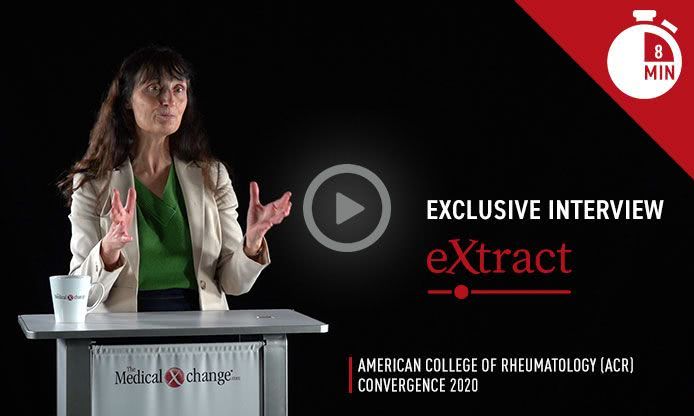 The new selective oral JAK inhibitors are a safe, effective, and more convenient alternative to biologics for long-term control of RA, according to extended upadacitinib trial data. In Canada, upadacitinib and baricitinib recently joined tofacitinib, a non-selective JAK inhibitor, as options for RA not adequately controlled on methotrexate. Both upadacitinib and baricitinib, unlike tofacitinib, have shown superior efficacy to the TNF inhibitor adalimumab in a phase 3 trial. For baricitinib, the advantage was achieved with the 4 mg dose, which was not ultimately approved in Canada. Upadacitinib achieved superiority at the approved daily dose.

For an exclusive interview with Dr. Janet Pope on the impact to clinical practice, click here

The main point of the extended follow-up of SELECT-COMPARE is that upadacitinib “demonstrates a favourable risk-to-benefit profile relative to adalimumab out to 72 weeks,” according to the principal investigator Dr. Roy M. Fleischmann, clinical professor of rheumatology, University of Texas Southwestern Medical School, Dallas. Dr. Fleischmann showed new data of steady or even gains in disease control for upadacitinib relative to adalimumab over time (Fleischmann R et al. Arthritis Rheumatol 2019;71:1788-1800).

In SELECT-COMPARE, 1,629 RA patients with an inadequate response to methotrexate were randomized to 15 mg of once-daily oral upadacitinib, 40 mg of adalimumab administered by injection every other week, or placebo. Patients in all groups remained on stable doses of methotrexate.

The evidence of an increasing advantage of upadacitinib relative to adalimumab over time, particularly in the stricter measures of control, was reinforced by a separate post-hoc analysis that compared upadacitinib and adalimumab for sustainability of response. This analysis focused on patients who achieved a CDAI-remission defined as ≤2.8 or DAS(CRP) <2.6 or who achieved low disease activity (LDA) defined as CDAI ≤10 or DAS(CRP) ≤3.2. Followed over time, upadacitinib was consistently more effective in maintaining these levels of response.

“There was a substantial proportion of patients in both treatment arms with sustained responses over 72 weeks but with consistently higher proportions in the upadacitinib-treated patients,” according to Dr. Peter Nash, Director of the Rheumatology Research Unit, Griffith University, Brisbane, Australia.

The differences for all of these outcomes were not only consistently higher, but there was a widening gap over time. For example, the proportion of patients with CDAI ≤10 was 25.7% greater on upadacitinib than adalimumab at three months (55.7% vs. 44.3%). The advantage then climbed to 39.1% at month 12 (46.3% vs. 34.0%). (Figure 2) Similar incremental increases in the relative advantage for upadacitinib were recorded for other endpoints of RA control, including both definitions of remission, CDAI ≤2.8 and DAS(CRP) <2.6.

These differences were substantial. At the end of 12 months, “35.4% of upadacitinib patients versus 22.9% were in remission defined as DAS(CRP)<2.6,” Dr. Nash reported.

In SELECT-COMPARE, upadacitinib and adalimumab were studied on a background of methotrexate, but upadacitinib is about as effective when administered alone, according to long-term extension data from participants in the SELECT-MONOTHERAPY and SELECT-NEXT trials. Both of these trials included a 30-mg upadacitinib arm, but the focus in this post-hoc analysis was on the outcomes of remission or LDA at 84 weeks in the 217 patients who received the 15 mg dose of upadacitinib alone relative to the 221 patients who also received background csDMARDs.

“With or without background csDMARDs, more than half of patients treated with upadacitinib who achieved an initial CDAI-defined remission or LDA maintained these responses through the last follow-up visit,” reported Dr. Arthur Kavanagh, professor of medicine, University of California, San Diego.

“More than half of patients treated with upadacitinib with or without background csDMARDs who achieved an initial CDAI-defined remission.”

The outcomes for those receiving upadacitinib alone or upadacitinib with a csDMARD were similar at each time point. The proportion of patients achieving CDAI ≤10, a measure of LDA, was representative. (Figure 3) Combination therapy with csDMARDs was not consistently or significantly favoured over upadacitinib monotherapy for this outcome or for the other measure of LDA (DAS28(CRP) ≤3.2) or for either measure of remission (CDAI ≤2.8 or DAS(CRP) <2.6).

When analyzed through week 84, “sustainability of responses appeared comparable among patients receiving upadacitinib with or without background csDMARDs,” Dr. Kavanagh concluded.

The persistent advantages of upadacitinib over a TNF inhibitor for clinical measures of disease activity were reflected in patient experience. In SELECT-COMPARE, patient-reported pain scores were reduced progressively until about week 26 in both the upadacitinib and adalimumab arms, but there was no further decline after this point in the adalimumab arm, according to Dr. Fleischmann. The additional decline in pain scores in the upadacitinib arm was modest, but the reduction at 72 weeks relative to adalimumab was sustained, consistent, and significant (-37.5 vs. -31.6; P<0.01).

There were no new safety concerns identified in the 72-week follow up. “Adverse events leading to discontinuation and serious adverse events were both numerically higher in the group receiving adalimumab relative those receiving methotrexate,” Dr. Fleischmann reported. When calculated as adverse events per 100 patient years, herpes zoster infections were more frequent in the upadacitinib arm (3.1 vs. 1.2), but venous thromboembolism (0.3 vs. 1.0) and major adverse cardiovascular events (0.4 vs. 0.6) were lower.

A more comprehensive safety analysis of five SELECT phase 3 trials substantiated the long-term tolerability and safety of the selective JAK inhibitor. In this analysis with more than 4,000 patients, the 30 mg dose of upadacitinib was associated with a higher risk of adverse events than the 15 mg dose, but “the exposure-adjusted event rates for serious adverse events and adverse events leading to discontinuation were similar between patients receiving the 15 mg dose of upadacitinib when compared to those receiving methotrexate monotherapy or adalimumab plus methotrexate,” reported Dr. Stanley B. Cohen, clinical professor of rheumatology, University of Texas Southwestern Medical Center, Dallas.

The most notable exception was a higher rate of herpes zoster infections for both the 15 mg and 30 mg doses of upadacitinib relative to the active comparators. In the 15 mg group, 95% of these infections were judged to be non-serious. The infections were more common in Asian patients and patients 50 years of age or older, but use of steroids was not associated with increased risk.

Overall, the safety profile in this updated safety analysis in patients with extensive exposure to upadacitinib found no new safety risks, according to Dr. Cohen. Some of the patients in this analysis have been on upadacitinib for up to three years.

Radiographic data are supportive of early use of upadacitinib in patients inadequately controlled on csDMARDs. When patients on continuous upadacitinib at a dose of 15 mg were compared to patients on continuous adalimumab in the SELECT-COMPARE trial, progression was lower at 6 months, one year, and two years. (Figure 4) Similar protection was observed in SELECT-EARLY when upadacitinib monotherapy was compared to methotrexate in a population naive to methotrexate but at high risk for progressive joint damage.

“At two years, 88.7% of those randomized to 15 mg upadacitinib versus 76.3% of those randomized to methotrexate were free of radiographic progression,” reported Dr. Charles G. Peterfy, a diagnostic radiologist affiliated with Spire Sciences, Boca Raton, Florida. When compared for specific outcomes, such as joint space narrowing and erosion score, there was essentially no mean change from one to two years in the upadacitinib group but an incremental worsening of nearly 50% for those timepoints in the methotrexate group.

These improvements were “especially marked in the key domains of physical function, pain, and general health,” reported Dr. Martin Bergman, Division of Rheumatology, Drexel University College of Medicine, Philadelphia. He further noted that improvements in HAQ-DI were observed earlier among patients randomized to upadacitinib than abatacept.

The efficacy of upadacitinib in biologic DMARD-refractory RA patients suggests an expanding role for an oral agent in a difficult population. According to Dr. Bergman, longer follow-up is needed and expected to further establish its role for patients with poor response to biologic therapies.

Selective JAK inhibitors have emerged as an important alternative to TNF inhibitors for the treatment of moderate to severe RA. Long-term data with upadacitinib has confirmed a sustained advantage over adalimumab for major outcomes that include clinical endpoints of disease control and protection from radiographic progression. No new safety concerns have emerged. With evidence that the efficacy of upadacitinib is similar when used alone or with a csDMARD, this oral therapy offers a simple, and well-tolerated option for challenging RA patients.