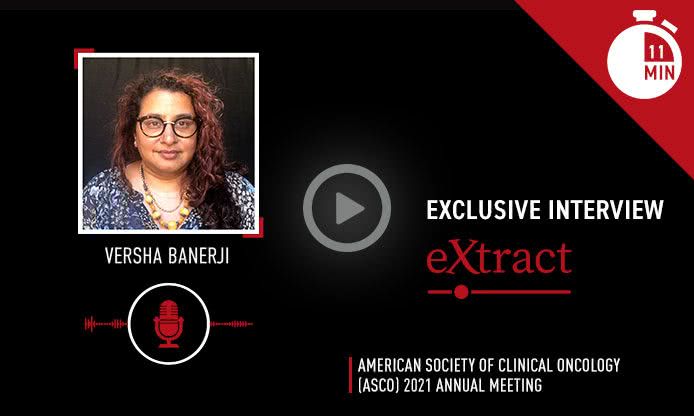 Relative to ibrutinib, “acalabrutinib demonstrated lower frequencies of common adverse events, grade 3 or higher adverse events, serious adverse events, and treatment discontinuations due to adverse events overall,” reported Dr. John C. Byrd, Chair of Leukemia Research, Ohio State University College of Medicine, Columbus. The results are consistent with the study hypothesis, which was that the greater selectivity of acalabrutinib for the BTK target would reduce the risk of off-target effects, thereby improving tolerability.

For enrollment in the trial, patients were required to have previously treated CLL, an ECOG performance status of ≤2, with presence of 17p deletion (del(17p)) or presence of 11q deletion (del(11q)). Preplanned stratifications for outcomes included the presence versus the absence of del(17p), three or fewer versus ≥4 prior lines of therapy, and a performance status of ≤1 versus 2. Patients with prior exposure to a BTK inhibitor or venetoclax, a BCL-2 inhibitor, were excluded.

Hierarchical Design Based on Non-Inferiority

The two BTK inhibitors performed comparably for the primary endpoint of PFS, which was confirmed by an independent review committee. After a median follow-up of 40.9 months, the median PFS was 38.4 months in both arms, producing a hazard ratio (HR) of 1.0 or equivalency as defined statistically, according to Dr. Byrd.

There were no significant differences across any of the predefined stratifications, including baseline performance status, presence of del(17p), or number of prior therapies. Nor were significant differences seen for the ≥65 age group relative to those <65, females relative to males, those with bulky disease (defined as 5 cm or larger) relative to non-bulky disease, or the presence versus the absence of mutations in the immunoglobulin heavy chain variable (IGHV) region.

With non-inferiority proven for PFS, superiority then was evaluated for acalabrutinib relative to ibrutinib for the endpoint of AF/flutter. The event rate per 100 person-months on acalabrutinib was about half of that seen in the ibrutinib arm (0.366 vs. 0.721; P=0.02) (Figure 1). Among patients without prior history of AF/flutter, the rate was nearly 60% lower (6.2% vs. 14.9%).

No case of AF/flutter led to treatment discontinuation in the acalabrutinib arm versus 16.7% of these events in the ibrutinib group. In those that did develop AF/flutter, the median time to onset from the start of treatment was 16 months on ibrutinib versus 29 months on acalabrutinib.

There are so far no significant differences between study arms for the remaining secondary endpoints. For grade 3 or higher infections, the rates were 30.8% and 30.0% for acalabrutinib and ibrutinib, respectively. For RT, the numerically lower rate in the acalabrutinib group (3.8% vs. 4.9%) did not reach significance. Similarly, the rate of death in the follow-up to date has been lower on acalabrutinib (23.5% vs. 27.5%), but confidence intervals exceed bounds of significance (HR 0.82, 95% CI 0.59 – 1.15).

Fewer Deaths Due to Adverse Events

The baseline characteristics of the population enrolled in ELEVATE-RR were typical of previously treated CLL patients. About 70% were male, and the median age was 66 years. Most patients had cytogenetic abnormalities. This included about 45% with del(17p), 60% with del(11q), 40% with mutated TP53, 47% with complex karyotype, and more than 80% with unmutated IGHV. In this group with advancing age, tolerability is an important consideration, according to Dr. Byrd.

Relative to acalabrutinib, “ibrutinib binds to more non-BTK kinases, which likely contributes to the risk of adverse events,” said Dr. Byrd, citing several studies on the role of BTK selectivity for reduced risk of adverse events. While Dr. Byrd called the BTK target “critical for CLL tumour cell proliferation and survival,” selectivity is relevant to lower rates of treatment discontinuation and the potential for better quality of life over the course of maintenance therapy.

Ibrutinib binds to more non-BTK kinases, which likely contributes to the risk of adverse events.

The take-home message from the ELEVATE-RR trial is that acalabrutinib in previously treated CLL “has similar efficacy but it is safer and better tolerated than ibrutinib,” Dr. Byrd concluded. He suggested these data are useful for guiding therapeutic decisions.

Long-term safety was also one of the themes of the new 4-year data from the ELEVATE-TN trial. In that trial, 535 treatment-naïve CLL patients were randomized to acalabrutinib alone, acalabrutinib plus obinutuzumab, or obinutuzumab plus chlorambucil. At the time the trial was initiated, chlorambucil and obinutuzumab, which is a CD-20 targeted monoclonal antibody that inhibits B cells, was one of several commonly used regimens.

In previously reported results after a median of 28 months of follow-up, acalabrutinib with or without obinutuzumab had already demonstrated greater efficacy and acceptable tolerability relative to obinutuzumab and chemotherapy. At that time, the median PFS was 27.8 months in the group receiving chemotherapy but had not been reached in either arm that received acalabrutinib.

“After a median of 47 months follow-up, the median PFS has not been reached in either of the acalabrutinib treatment arms”, according to the principal investigator Dr. Jeff Sharman, Director of Research, Willamette Valley Cancer Center, Eugene, Oregon.

After a median of 47 months follow-up, the median PFS has not been reached in either of the acalabrutinib treatment arms.

Rather, disease control rates remain very high with progression-free status maintained in 87% of those in the combination arm and 78% of those in the acalabrutinib monotherapy arm. PFS findings were consistent across high-risk subgroups. In the subgroup of patients with del(17p) or mutated TP53, 75% and 76% are progression-free (Figure 3). For the comparison to the arm with obinutuzumab plus chemotherapy, the relative improvement in PFS was 90% (HR 0.10, 95% CI 0.07 – 0.17) for the acalabrutinib/obinutuzumab combination and 81% (HR 0.19; 95% CI 0.13 – 0.28) for acalabrutinib alone.

After four years of follow-up, the safety of acalabrutinib alone or in combination with obinutuzumab “remains consistent with the interim findings, including low incidences of AF, hypertension, and cardiovascular events,” according to Dr. Sharman. He reported that the relative tolerability of acalabrutinib alone and in combination with the B-cell inhibitor is reflected in discontinuation rates.

[Safety of acalabrutinib alone or in combination with obinutuzumab] remains consistent with the interim findings, including low incidences of AF, hypertension, and cardiovascular events.

At progression, patients in the arm receiving chemotherapy were permitted to crossover to acalabrutinib, but 14.7% of these patients had discontinued therapy due to an adverse event prior to disease progression. In contrast, the discontinuation rates after four years of exposure to acalabrutinib as part of a combination or use alone were only 12.8% and 12.3%, respectively.

However, relative efficacy was the most important finding in ELEVATE-TN. In addition to the PFS advantage (HR 0.58; P=0.0297), there were deeper responses among those who received acalabrutinib. For example, complete response rates were 30.7% in the acalabrutinib plus obinutuzumab group versus 13.0% in the arm receiving chemotherapy. The proportion of these groups achieving minimal residual disease were 38% and 9%, respectively (Figure 4).

“Fewer deaths were observed on the acalabrutinib/obinutuzumab arm, but the difference is not statistically significant,” Dr. Sharman reported.

While many of the outcomes numerically favoured obinutuzumab/acalabrutinib over acalabrutinib monotherapy at four years, the differences were modest, according to Dr. Sharman. He said that data from ELEVATE-TN “demonstrate the flexibility of acalabrutinib to be tailored as either a monotherapy or in combination therapy with obinutuzumab in the front-line setting.”

The newer, more selective BTK inhibitor acalabrutinib, designed with greater selectivity for the BTK target, is at least as effective but better tolerated than the first generation BTK inhibitor, ibrutinib, according to a head-to-head trial conducted in previously treated patients with CLL. The trial, which might be relevant to other settings, supports the hypothesis that fewer off-target effects from greater selectivity improve tolerability. Long-term follow-up data with acalabrutinib with or without obinutuzumab in treatment-naïve CLL patients reinforces the acceptable safety profile of this therapy and its efficacy for sustained disease control with nearly 90% of patients surviving without progression at the end of four years.