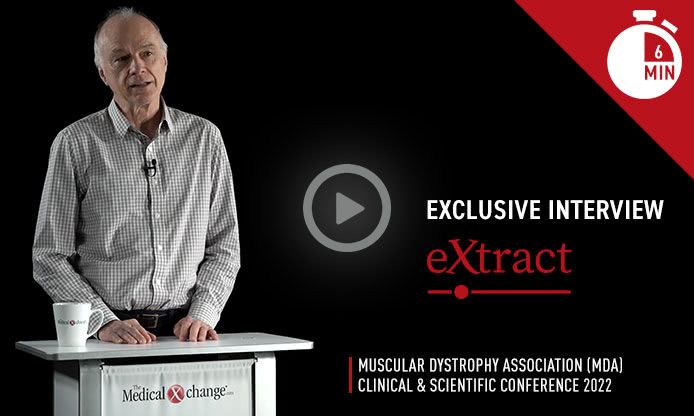 Until recently, there were no effective treatments to prevent progression of SMA, which is commonly fatal in early childhood. The first therapy, nusinersen, an antisense oligonucleotide that requires maintenance intrathecal doses every 4 months, was approved nearly 5 years ago. Onasemnogene abeparvovec, the only current gene replacement therapy, was approved in Canada at the end of 2021. Risdiplam, an oral small-molecule SMN2 splicing modifier was approved soon after. Taken daily, risdiplam, like nusinersen, increases availability of the deficient SMN protein in SMA but also requires maintenance dosing.

For an exclusive interview with Dr. Alex MacKenzie on the impact to clinical practice, click here

The objective of the phase 3 SPR1NT trial was to evaluate the safety and efficacy of onasemnogene abeparvovec in SMA infants with three copies of the SMN2 gene, according to lead investigator, Dr. Kevin Strauss, Clinic for Special Children, Strasburg, Pennsylvania. The single intravenous dose was administered in 15 infants prior to the onset of symptoms. Ability to stand independently was the primary endpoint but numerous other milestones were monitored over the course of follow-up. Ultimately, the goal is to determine whether early diagnosis and pre-symptomatic treatment of this SMA subgroup can prevent symptom onset, not just delay it. Safety was also assessed.

“All 15 children—100%—are alive and all can stand independently,” reported Dr. Strauss. Fourteen of the 15 achieved this milestone within 16.9 months, which is within the normal developmental window as defined by the World Health Organization (WHO).

Fourteen were also able to walk independently by the end of follow-up, 11 of which reached this milestone within the WHO-defined normal period  (Figure 1). Earlier milestones were also reached with 11 of the children sitting independently at the appropriate age. No child in this study required any form of ventilatory support or any form of non-oral feeding, at any time.

There were no serious treatment-related adverse events. Non-serious events included liver enzyme elevations in 4 patients and thrombocytopenia in 2 patients. Of those with elevated liver function tests, only one was grade 3, but there were no serious consequences, such as jaundice or hepatic encephalopathy, in any patient. The 2 cases of thrombocytopenia, also detected on laboratory monitoring, did not lead to clinical consequences or systemic changes on follow-up that included echocardiograms and other cardiac function monitoring.

Overall, the mean time to diagnosis was 9.9 days in a group that was largely diagnosed through newborn screening. The gestational age was greater than 37 weeks in all children but one. The mean age at the time of gene replacement therapy was 28.7 days. The oldest child at treatment start was 43 days. None had yet developed symptoms of SMA.

The study supports the hypothesis that early, pre-symptomatic delivery of gene replacement therapy can prevent loss of early motor milestones in SMA, a disease resulting from a mutation in the SMN1 gene.

This is important because onasemnogene abeparvovec replaces the mutated SMN1 gene encoding the SMN1 protein responsible for motor neuron survival. Loss of SMN1 function is the underlying defect of SMA. A second gene, SMN2, can also encode SMN1 protein, but it does so in far reduced quantities. While both nusinersen and risdiplam increase production of the SMN1 protein through the SMN2 gene pathway, they do not treat the underlying pathology.

In the SPR1NT study, patients were enrolled with 3 SMN2 gene copies. The number of SMN2 gene copies determines severity. Children with SMA type 1, the most common and severe form, have just two SMN2 gene copies. Even though the progression in patients with three SMN2 copies is generally slower, the prognosis remains poor; few children survive early childhood. In SMA defined by 4 or more SMN2 gene copies, which is uncommon, the presence of SMA might not be detected until adulthood  (Table 1).

Studies of gene therapy in SMA type 1 are ongoing. These include two phase 3 trials in which onasemnogene abeparvovec is being initiated early in childhood. In a post-hoc analysis presented at the MDA, data from these two trials, called STR1VE-US and STR1VE-EU, plus a phase 1 trial called START were combined to specifically explore the impact of gene replacement therapy on preserving bulbar function, which involves some of the most basic functions of life.

Preservation of bulbar motor neuron function is critical because they “control muscles required for mouth opening, chewing, swallowing and speaking,” explained lead investigator of this analysis, Dr. Katlyn McGrattan, University of Minnesota, Minneapolis. The deterioration of these neurons is associated with choking, infection, and death.

“Preservation of bulbar neuron function is critical because they control muscles required for mouth opening, chewing, swallowing and speaking.”

The post-hoc analysis included data on 54 patients from the two phase III trials and 11 patients from START. Endpoint assessments were not available on all patients in all studies, but the goal was to collate those data that were available. Using clinical examination as well as standardized tests, such as the Bayley scales, bulbar function was defined as the ability to communicate with an unknown listener, ability to swallow food and liquids, and ability to maintain airway protection.

In a combined analysis, each of these three milestones was achieved in more than 90% of patients who were evaluable. When assessed as a composite of all three endpoints, 16 (80%) of the 20 evaluable patients reached all these measures at some point in the study by the end of follow-up, which was 24 months in START and 18 months in STR1VE-US and STR1VE-EU. Most of the SMA type 1 children in these studies did not require feeding support at any time during the study.

Based on this post-hoc analysis, gene replacement therapy appears to be effective in sustaining basic function in SMA type 1 children if initiated early. According to Dr. McGrattan, the data indicate that this type of therapy can move treatment of SMA “from a palliative approach to a rehabilitative approach.”

The combined data “indicate that patients with symptomatic SMA type 1 treated with onasemnogene abeparvovec could communicate sufficiently, swallow and meet nutritional needs, and maintain airway protection,” she said. Previously, the effect of gene replacement therapy on bulbar function has not been comprehensively evaluated, but these data associate a one-time dose of onasemnogene abeparvovec early in the course of SMA type 1 with a stabilization of motor functions that are often associated with early death.

For essentially every outcome evaluated, which included achievement of developmental milestones, freedom from SMA complications, and quality of life, onasemnogene abeparvovec was favored, according to results of the survey, which was conducted by CURE SMA. This patient advocacy organization has maintained a self-reported database since 2017. Those completing the survey were caregivers of SMA patients. The study was organized by the Analysis Group, Boston, Massachusetts.

In addition, patients treated with onasemnogene abeparvovec had fewer hospitalizations in the prior 12 months compared with the non–onasemnogene abeparvovec-treated group (32% vs. 36%), were less likely to require tracheostomy with ventilator (6% vs. 15%) and were less likely to require respiratory support for > 16 hours per day (6% vs. 30%), respectively. Dr. Yang also reported that those receiving gene replacement therapy required less healthcare-related resources.

On the EQ-5D tool for evaluating quality of life, infants receiving gene replacement therapy had generally better outcomes, such as less pain, less anxiety, and greater ability to perform activities of daily living than those who were not treated with onasemnogene abeparvovec, according to Dr. Yang. She reported that these relative advantages were generally consistent across SMN2 gene copy number. Both patients with four SMN2 gene copies treated after 6 months of age achieved all the age-appropriate milestones without serious symptoms leading to hospitalization.

The gene replacement therapy onasemnogene abeparvovec, which is administered in a single dose, is highly effective for providing sustained benefits in children with SMA. If initiated pre-symptomatically in severe forms of this disease, developmental milestones are achieved in most children within the age-appropriate timeframe. In the newly completed phase 3 SPR1NT trial, which enrolled patients with 3 SMN2 gene copies, 14 of the 15 infants enrolled are walking independently. Key functions of life, such as swallowing and communicating, were observed in a post-hoc analysis of patients with SMA type 1, the most severe form. The gene replacement therapy appears to be transforming the prognosis of SMA.