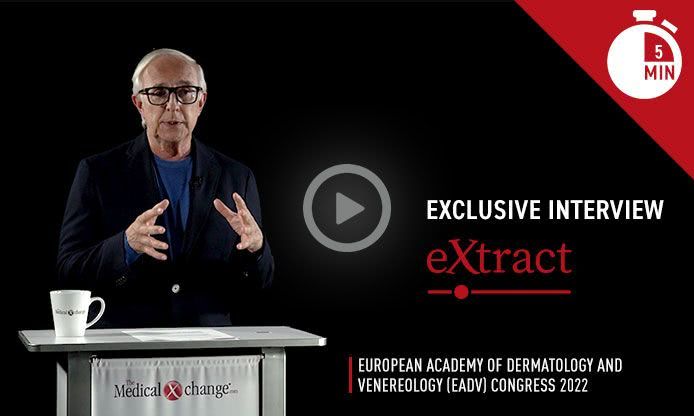 Based on the progress these data represent for HS, “I think looking back we will think of this as being an important tipping point toward progress in this incredibly debilitating disease,” reported Dr. Alexa B. Kimball, Professor of Dermatology, Harvard Medical School, Boston, Massachusetts. Affiliated with the Department of Dermatology at Beth Israel Deaconess Medical Center, Dr. Kimball was the principal investigator of this phase 3 program and a coauthor of the North American HS treatment guidelines published in 2019.

For an exclusive interview with Dr. Kim Papp on the impact to clinical practice, click here

The study drug for the SUNSHINE and SUNRISE trials was secukinumab, an IL-17A inhibitor which is administered by subcutaneous injection. Both studies were identically designed and planned for pooled analysis. The data reported are from the first 16 weeks of follow-up of the 52-week trials. Enrollment was limited to patients with long-established moderate or severe disease. In this challenging population, the primary endpoint was reached by about 45% of patients on active therapy versus slightly more than 30% of those on placebo.

“There was a rapid early response seen at about 2 weeks with steeply increasing benefit to about 4 weeks and then continued benefit through the course of the 16-week follow-up,” reported Dr. Kimball (Figure 1). As someone who specializes in the treatment of HS and recognizes the difficulty of achieving a sustained level of control in a substantial proportion of patients, Dr. Kimball added, “I couldn’t be more pleased to present these results.”

“There was a rapid early response seen at about 2 weeks with steeply increasing benefit to about 4 weeks.”

The primary outcome of a HiSCR clinical response was defined as ≥50% reduction in the number of inflammatory lesions with no increase in the number of abscesses or draining fistulae. In addition, patients with a baseline numerical rating scale (NRS) pain score of ≥3 (on a 0 to 10 scale) were required to achieve ≥30% reduction in pain from baseline.

Response Rates with Q2 and Q4 Doses Are Similar

Although the full 52-week data are now being analyzed and are not yet ready for presentation, Dr. Kimball provided a preview by saying, outcomes “are continuing to improve, and we are very excited.”

The efficacy of secukinumab against HS was reflected in all secondary endpoints, including substantial reductions in characteristic skin lesions and pain. These favourable effects are likely to explain the advantage of secukinumab for measures of quality-of-life at 16 weeks.

Flares, Nodules, and Abscesses All Reduced

“In both studies, the proportion of patients experiencing flares was lower with secukinumab compared to placebo at all timepoints from week 2 to week 16,” Dr. Kimball reported. Similarly, the reduction in abscesses and inflammatory nodule count in both studies was apparent almost immediately, reaching significance by 2 weeks for both active treatment arms relative to placebo. The curves for these outcomes continued to separate over the course of follow-up with overall reductions about 2-fold greater in any secukinumab arm relative to placebo by 16 weeks (P values ranged from =0.0051 to <0.0001).

The same type of pattern was observed in curves tracking the rates of flares. A separation of the curves in both studies for active treatment arms relative to placebo was observed at 2 weeks and then increased over time. By 16 weeks, the Q2 dose relative to placebo was the most effective for suppressing flares (15.4% vs. 29.0% on placebo) in the SUNSHINE trial (Figure 2). While the Q4 dose was the most effective (15.6% vs, 27.0%) in the SUNRISE trial, the other 2 doses also significantly lowered the risk of flares relative to placebo.

On control of pain, both the Q2 (P=0.0031) and the Q4 dose (P=0.0249) were significantly more effective when defined as ≥2 unit reduction in the Global Assessment of Skin Pain (GASP) validated tool. When graphed, the difference in the pooled analysis was apparent by week 2 with a further advantage achieved by the end of 16 weeks (Figure 3).

“I want to emphasize this benefit,” Dr. Kimball said. “Pain has been a hard endpoint to meet in clinical trials, and we saw a reduction that was both statistically and clinically meaningful on secukinumab.”

“Pain has been a hard endpoint to meet in clinical trials, and we saw a reduction that was both statistically and clinically meaningful.”

The reduction in disease burden was reflected in the quality of life analyses conducted with Dermatology Life Quality Index (DLQI). For a clinically meaningful improvement in DLQI, defined as a ≥5 point reduction, scores were already markedly higher in both of the active treatment arms relative to placebo by 2 weeks in both trials. Although the further increase by week 4 was generally maintained in both arms in SUNRISE, quality of life scores climbed further by week 16 relative to week 4 in the SUNSHINE trial (Figure 4).

The baseline demographics of the SUNSHINE and SUNRISE trials suggest that the population studied was representative. Although female representation (56.3%) was somewhat lower than that reported in other studies and surveys of HS, the mean age of 36.2 years is generally consistent with peak age of activity. About 60% of those enrolled had Hurley stage 2 at entry with the remaining presenting with Hurley stage 3. About 10% to 15% were on systemic antibiotics when enrolled. Prior experience with biologics was permitted and was reported by about 25% of patients. The mean body weight of those enrolled was more than 90 kg, reflecting the substantial representation by overweight and obese patients.

A history of HS for more than 1 year was an entry criterion, but, as is typical of the HS population, most reported that the onset of symptoms had taken place at least 7 years prior to the study despite the fact that the condition was not diagnosed in most until much more recently.

“A delay to the diagnosis is a common problem in HS, and the data from this trial in that regard is actually encouraging,” Dr. Kimball said. In studies she has conducted previously, diagnostic delay has generally been on the order of 10 years or longer, suggesting, “I think we are starting to do a little bit better in paying attention to this disorder.”

Consistent with the experience in other disease treatments with secukinumab, which has indications for psoriasis and several forms of arthritis, the drug was well tolerated. “There were no surprises in terms of safety. We know a lot about secukinumab from the previous studies in other diseases and the safety profile is very clean overall,” Dr. Kimball said.

While there was no difference overall in infections, “even the rate of Candida was not really different than placebo even in this population of relatively young women who are at high risk for vaginal candidiasis,” Dr. Kimball reported.

Relative to many diseases, a 40-45% response rate for the primary endpoint of significant disease improvement might seem modest, but it is impressive in HS, according to Dr. Kimball. The most recent guidelines (Alikhan A. et al. J Am Acad Dermatol 2019;81:91-101) include a long list of potential therapies, which is needed because response rates to any given therapy are typically low. The heterogeneity of response to HS therapies is attributed to individual differences in contributing pathophysiology, which includes inflammatory processes and hormonal disturbances. Genetic susceptibility is likely to play a role in at least some patients, but it is now considered likely that there is no optimal therapy for all patients.

Biologics Are Cornerstone of HS Therapy

“There is growing attention to phenotypes for directing treatment, particularly in early stages or when symptoms remain mild,” Dr. Kimball said. However, she concurs with the published guidelines, which identify biologics “as the cornerstone of treatment for moderate to severe HS.”

If these phase 3 trial data lead to secukinumab approval for HS, this IL-17A-targeted agent will join the tumour necrosis factor (TNF) inhibitor adalimumab as only the second approved biologic for this disease. It cannot be determined from the SUNSHINE and SUNRISE data if IL-17A is a better target than TNF to control HS-related inflammation, but these new data confirm that it is an effective target. More treatments for this disease are urgently needed, particularly those with moderate-to-severe manifestations.

“HS has become an incredibly active field right now in terms of understanding the underlying biology,” said Dr. Kimball. By validating a new target for disease control, she considers the SUNSHINE and SUNRISE trial to be a “milestone” toward improved symptom control.

Two multicenter randomized phase 3 trials have validated IL-17A as an important therapeutic target in patients with HS. In two similarly designed trials, SUNSHINE and SUNRISE, the IL-17A inhibitor secukinumab, whether administered in an every-2- or every-4-week subcutaneous dose, significantly reduced skin involvement, reduced pain, and improved an overall measure of HS activity at the end of 16 weeks compared to placebo. The final results at 52 weeks are not yet available, but sustained benefit is expected. Even within 16 weeks, the effect of secukinumab, which was well tolerated, translated into improved quality of life.