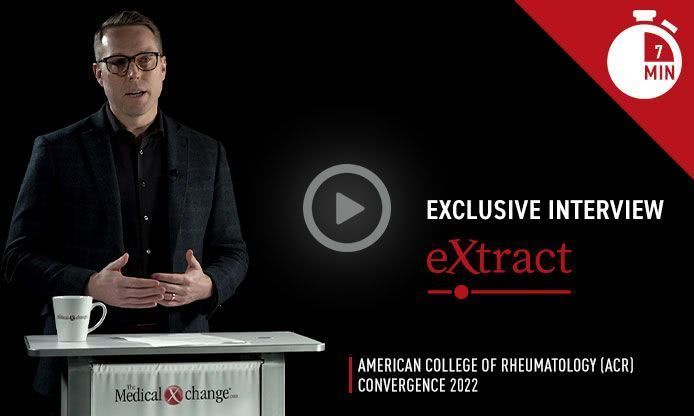 The phase 3 SURPASS trial compared the IL-17i secukinumab to a TNFi adalimumab biosimilar (SDZ-ADL) in biologic⁠-⁠naïve patients with active axSpA. To be enrolled, patients had to have existing structural damage on radiographic examination (r-axSpA). In previous phase 3 trials with secukinumab and the originator adalimumab, both demonstrated important levels of clinical benefit in axSpA. For this reason, these are already considered first-line therapies in major guidelines, including those issued jointly by the Assessment of SpondyloArthritis International Society/European League Against Rheumatism (ASAS/EULAR).

For an exclusive interview with Dr. Tom Appleton on the impact to clinical practice, click here

In the absence of long-term comparative data or controlled data of any kind with biologics in axSpA, the new data support either agent to prevent progression. Importantly, the new data are supported by previous extension studies with biologics, particularly a placebo-controlled phase 3 secukinumab trial, which was completed several years ago and mandated long-term follow-up.

No Progression in ~80% of Patients in Trial Extension

In this extension study, which enrolled patients who participated in the MEASURE 1 trial and were then followed for 4 years, progression of axSpA was also attenuated over time (Braun J et al. Rheumatology 2019;58:859-868). When defined as a change of less than 2 points from baseline in the modified Stoke Ankylosing Spondylitis Spinal Score (mSASSS), there was no radiographic progression observed in 79% of patients at 208 weeks. The mean changes in mSASSS score over this length of follow-up were 1.8 and 1.2 points in the 75 mg and 150 mg arms (every-4-week dosing) of secukinumab, respectively. In the context of a review of the clinical utility of mSASSS (van der Heijde D et al. Rheumatology 2019;58:388-400), these represent low rates of progression.

In the SURPASS study, 859 r-axSpA biologic-naïve patients were randomized to one of two doses of secukinumab (150 mg or 300 mg) or 40 mg of SDZ-ADL. For enrollment, they were required to have a score of ≥4 on the Bath Ankylosing Spondylitis Disease Activity Index (BASDAI), a spinal pain score of at least 4 on a range of 0 to 10 and to have a total-back-pain score of ≥40 mm on a range of 0 to 100 mm. At baseline, patients were also required to be at high risk of radiographic progression as defined by a high-sensitivity C-reactive protein (hsCRP) levels of ≥5 mg/L, or at least one radiographic syndesmophyte.

The primary endpoint was absence of radiographic progression as defined by mSASSS ≤0.5 at 104 weeks. It was assessed by three independent central readers blinded to treatment. Secondary endpoints included an evaluation of change from baseline in mSASSS among patients who entered the study with ≥1 syndesmophyte. Assessments of change from baseline in the MRI Berlin Sacroiliac Joint Edema Score and in the AS Spine MRI-activity (ASspiMRI-a) Berlin modification score were also preplanned.

The proportion of patients without progression at 104 weeks of follow-up on either dose of secukinumab were numerically higher than in the adalimumab biosimilar group, but the marginal differences of 1.51 and 1.67 for the 150 mg and 300 mg doses, respectively, did not approach statistical significance (Figure 1).

At baseline, all major characteristics of the study groups were similar. In all three groups, the median age of the study population was about 42 years, nearly 80% were male, and the median body mass index was approximately 27. In addition, the median mSASSS score (16.6) and the median number of syndesmophytes (7.0) were similar among the three groups. The median BASFI (6.6) and BASDAI (7.1) scores at baseline, which were also similar, indicated moderate to severe disease. The median hsCRP level was 20.4 mg/L, and slightly more than 80% were HLA-B27 positive.

Relative to baseline, the steep reductions in the sacroiliac joint (SIJ) edema scores and the spine edema scores reflect the major and sustained anti-inflammatory effect of biologics over time (Figure 3). These were not directly correlated with the low relative rates of progression on secukinumab or the adalimumab biosimilar, but these data are consistent with the role that persistent inflammation is considered at play in joint damage and disease progression.

“Relative to baseline, the steep reductions in the SIJ edema scores and the spine edema scores reflect the major and sustained anti-inflammatory effect of biologics over time”

In SURPASS, the types and frequencies of adverse events were similar to the known safety and tolerability profiles of these drugs. The most common adverse event over the course of the study was nasopharyngitis, which was observed in 16.4%, 14.0%, and 15.4% of the 150-mg secukinumab, 300-mg secukinumab, and SDZ-ADL groups, respectively. The rate of serious adverse events was low and similar among the three groups.

Only about one-third of the patients on biologics in SURPASS demonstrated any progression at the end of 2 years, but it is also important to point out that progression, when it was detected, was modest, and lower than that anticipated among untreated patients or those receiving conventional disease-modifying drugs. Therefore, independent of the low average rate of progression, “radiographic progression was low overall,” Dr. Baraliakos reported.

Independent of the low average rate of progression, “radiographic progression was low overall”

Although the study hypothesis was that secukinumab would provide significantly greater protection against structural damage than the adalimumab biosimilar over time, this was not confirmed. Rather, the study shows that both types of biologics are effective in preventing progressive damage over a 104-week follow-up. Relative benefits might or might not be similar over a longer period of follow-up, but the 4-year extension data from the MEASURE 1 study, for which Dr. Baraliakos was among coauthors, does provide insight into the trajectory of axSpA in patients maintained on an IL-17i for more than 2 years.

In the extension study, 274 patients who participated in MEASURE 1 completed 208 weeks of follow-up, providing long⁠-⁠term data in approximately 90% of those enrolled in either the secukinumab 75 mg or 150 mg arm of the blinded phase 3 trial. By the end of 208 weeks of follow-up, there was no progression in 78.6% of those maintained on 75 mg and 78.9% of those maintained on 150 mg. Numerically smaller changes in mSASSS scores were seen among those in the 150 mg group when assessed at either 104 weeks or 208 weeks.

The long-term follow-up also provided an opportunity to confirm a sustained benefit on other measures, including the primary outcome of the MEASURE 1 trial, which was ASAS20 response. ASAS20 represents a clinical improvement of at least 20% in at least three of four outcome domains of axSpA (physical function, spinal stiffness patient global assessment, and spinal mobility). When results were published, this outcome measure was achieved in 61%, 60%, and 29% of those randomized to 150 mg secukinumab, 75 mg secukinumab, and placebo.

When assessed at 208 weeks, the ASAS20 score was not only maintained but improved slightly with an observed rate at the end of this follow-up of 79.7%. For the more rigorous outcome of ASAS40, the outcomes also climbed rapidly as reported at week 16 and then continued to climb for more than 1 year on therapy at which point there was no further gain but also no substantial decline over subsequent follow-up (Figure 4). By week 208, the ASAS40 score was 60.8% or about the same as it was at week 104.

The ability to prevent progression at 4 years in the MEASURE 1 extension was an important departure from previous studies following axSpA patients on TNFi out to 2 years. When radiographic progression was compared to historical controls in these analyses, most indicated that there was no relative protection against radiographic progression. The exception was a trial with certolizumab, another TNFi, which was associated with lower axSpA progression rates at 4 years.

The low rates of progression on secukinumab at 4 years in the MEASURE 1 extension provided the rationale for the SURPASS trial. Although it did not confirm that secukinumab provided greater protection against radiographic changes than the TNFi comparator, it did reaffirm that biologics modify the disease course. Current ASAS/EULAR guidelines consider IL⁠-⁠17i and TNFi equally suitable for immediate disease control in most axSpA patients, but the guidelines acknowledge that IL⁠-⁠17i are preferred in patients with psoriasis or other skin symptoms and TNFi are preferred in patients with concomitant inflammatory bowel disease. However, long-term evidence of preserved structural integrity is a meaningful test of benefit for establishing a standard of care for this disease.

The SURPASS trial has provided the first head-to-head comparison of two biologics for the control of radiographic progression in axSpA. While the IL-17i secukinumab provided a modest numerical advantage for the primary endpoint as measured with mSASSS at the end of 2 years, the differences were not statistically significant, validating both approaches for preventing progressive structural damage. Over 2 years, there was no meaningful radiographic progression in nearly two-thirds of patients randomized to either biologic. Of those who did, progression was modest. These data verify the value of biologics in favourably altering the natural history of a disease posing a risk of major disability.