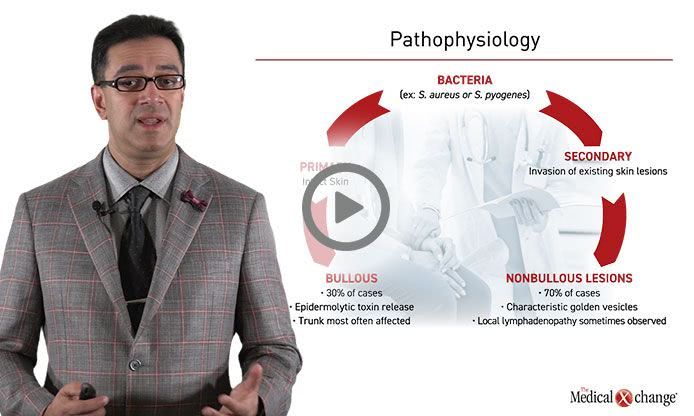 Urticaria is characterized by hives, which typically develop over a short period of time and are accompanied by pruritus. Angioedema, which can be painful, accompanies the wheals in approximately half of cases. Angioedema typically occurs in rich neurovascular areas such as fingers, lips, and around the eyes. The erythematous hives typically appear as raised pale often plaque-like lesions on an erythematous background. They can appear on essentially any part of the skin and in patients of any age.

The lifetime prevalence of all urticaria is 20%, but this skin disease is classified into two major types by duration. Chronic urticaria, which has a much lower prevalence and is more common in adults of middle age or older, refers to persistent lesions for periods of more than six weeks. Acute urticaria refers to a presentation of a shorter duration. Acute urticaria which denotes hives occurring for under 6 weeks may be triggered by medications, infections, insect stings, food allergies, and other acute factors. Chronic spontaneous urticaria is typically idiopathic without known or consistent triggers but can co-exist with inducible triggers such as physical triggers. For example, in physical pressure induced urticaria, it typically occurs in areas of increased pressure due to clothing.