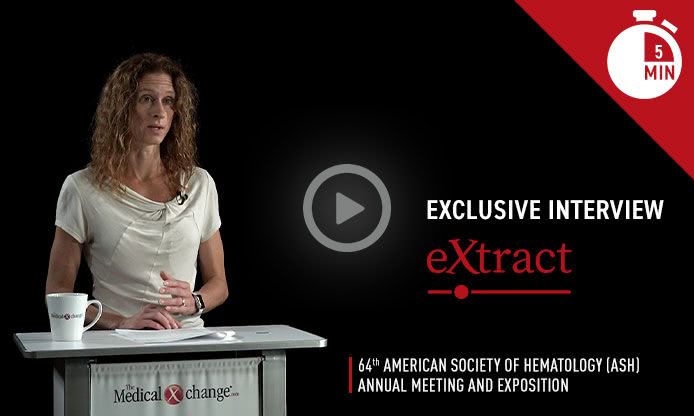 Presented as a late-breaker at the 2022 ASH annual meeting, the data from the multinational ALPINE trial, were characterized as “practice changing” by the senior author of this study, Dr. Jennifer R. Brown, Director of the CLL Center, Dana-Farber Cancer Institute, Boston, Massachusetts. By improving clinical benefits while reducing the risk of off-target effects, she concluded that the ALPINE trial establishes the second-generation BTKi zanubrutinib as a dominant strategy for R/R CLL/SLL when BTKi therapy is appropriate. All predefined subgroups did better on zanubrutinib than ibrutinib, the first-generation BTKi comparator.

For an exclusive interview with Dr. Carolyn Owen on the impact to clinical practice, click here

“I am not aware of a population [of R/R CLL/SLL] patients for which I would now consider ibrutinib over zanubrutinib,” said Dr. Brown, when asked where ibrutinib might fit following the results of ALPINE.

In ALPINE, 652 patients were randomized at 113 participating centers in 15 countries to 160 mg of zanubrutinib twice daily or 420 mg of ibrutinib once daily. Prior exposure to a BTKi was a key exclusion criteria and stratification factors included age, geographic region, and factors defining high-risk disease. All patients had to have received at least one prior line of therapy and to have measurable lymphadenopathy.

The primary endpoint of ALPINE was ORR, which was presented previously as an interim analysis. At 15 months of follow-up, the ORR was 78.3% among those randomized to zanubrutinib and 62.5% for ibrutinib (P<0.001). The relative advantage of zanubrutinib for ORR rates in patient subgroups with high-risk features, such as del(17p)/TP53 (83.3% vs. 53.8%) or del(11q) (83.6% vs. 69.1%), were even greater. The final late-breaker showed updated results for all patients enrolled and demonstrated an  ORR with an even greater statistical advantage for zanubrutinib (86.2% vs 75.7%; P=0.0007).

With a median follow-up of 29.6 months, the median PFS has still not been reached in the zanubrutinib arm versus 35 months in the ibrutinib arm. This translates into a 35% reduction in risk of progression or death (HR 0.65; P=0.0024) in favor of zanubrutinib relative to ibrutinib. At 24 months, 79.5% of those randomized to zanubrutinib versus 67.3% of those randomized to ibrutinib remained alive and progression-free, an advantage that was about the same whether assessed by investigators or by an independent review committee (Figure 1).

In higher risk groups, there was an even greater relative advantage for zanubrutinib. Among those with del(17p)/TP53 mutation, for example, the PFS at 24 months in the zanubrutinib arm (77.6%) was similar to that of the overall population, whereas the  ibrutinib arm (55.7%) was substantially lower. As a result, the relative protection from progression or death for zanubrutinib relative to ibrutinib in the high-risk group reached nearly 50% (HR 0.52; P=0.0134) (Figure 2). Therapy is still ongoing in 73% of patients initiated on zanubrutinib versus 58% of those randomized to ibrutinib.

Greater specificity for the BTK target is a likely explanation for the higher rates of response and prolonged disease control in the ALPINE trial, according to Dr. Brown, who said this relative specificity also explains the more favourable safety profile of zanubrutinib. This included a substantially lower risk of cardiotoxicity. This greater safety and tolerability are important distinctions and are likely to be a contributing factor for the greater efficacy associated with zanubrutinib.

“Discontinuations of ibrutinib due to adverse events have ranged from 16% to 23% across studies,” Dr. Brown said. Blocking a major signaling system for tumor cell expansion and proliferation, relative BTK specificity is important to the goal of CLL/SLL control.  Greater specificity means less activity on the non-BTK pathways that determine dose-limiting or intolerable off-target effects.

“Discontinuations of [the first-generation BTKi] due to adverse events have ranged from 16% to 23% across studies.”

Zanubrutinib was recently granted approval for the treatment of CLL/SLL in Europe. In Canada, zanubrutinib is currently approved for Waldenström macroglobulinemia, marginal zone lymphoma and mantle cell lymphoma. While Dr. Brown is confident that the ALPINE trial will lead to an indication across borders, she noted that some guidelines, such as those issued by the National Comprehensive Cancer Network (NCCN), have already incorporated second-generation inhibitors into their treatment algorithms.

“Both zanubrutinib and acalabrutinib are listed among preferred treatments for CLL/SLL in the current NCCN guidelines. Ibrutinib is now an alternative agent,” Dr. Brown reported.

Like zanubrutinib, acalabrutinib shares greater specificity on the BTK target but second-generation agents are not necessarily interchangeable. In a phase 3 multinational trial called ELEVATE-RR, which was published almost 2 years ago (Byrd J et al. J Clin Oncol 2021;39:3441-3452), acalabrutinib also demonstrated a safety advantage over ibrutinib in R/R CLL/SLL, but it did not provide a PFS advantage.

For safety, treatment discontinuations overall (14.7% vs. 21.3%) and discontinuations due to cardiac adverse events, particularly atrial fibrillation (0% vs. 20.0%), were lower on acalabrutinib. On the endpoint of PFS, the median duration was 38.4 months in both arms after a median 40.9 months of follow-up. Enrollment into the ELEVATE-RR trial was restricted to patients with del(17p) or del(11q) mutations, whereas ALPINE had no restrictions for risk status at entry.

“It is difficult to compare drugs across trials,” said Dr. Brown, but she pointed out that ALPINE also looked specifically at the subgroup with high-risk features, an analysis that was prespecified. The greater relative benefit from the second-generation BTKi in comparison to the first-generation BTKi was the hypothesised outcome from greater specificity for the BTK target even if this was not seen in ELEVATE-RR.

Other than relative specificity, there are multiple potentially relevant differences between BTKis whether second- and first-generation agents are being compared or second-generation agents are being compared to each other. This includes pharmacokinetics and is relevant to BTK occupancy. In highlighting differences between zanubrutinib and ibrutinib, for example, Dr. Brown juxtaposed the charts of 50% inhibitory concentration (IC50). For ibrutinib, the free fraction in plasma is below the IC50 for a substantial proportion of the day even with the higher than normal once-daily 560 mg dose. In contrast, the drug levels of zanubrutinib do not fall below IC50 over a 24-hour period with the 160-mg twice-daily dose or even when zanubrutinib is administered in a once-daily dose of 320 mg.

“One of the limitations of ibrutinib is this exposure coverage between dosing intervals,” said Dr. Brown, who indicated that this is likely an issue for the lower efficacy of ibrutinib independent of its lower relative specificity for the BTK target.

Dr. Brown does not believe that the advantage of zanubrutinib in the ALPINE trial can be extrapolated to acalabrutinib even though both are second-generation BTKis. This relates to the discrepancy between the ALPINE and ELEVATE-RR results as well as to the potential importance of other differences between these agents, including their relative BTK specificity and pharmacokinetics. There are no large-scale head-to-head comparisons of these agents, but drug-drug interactions, rates of specific adverse events, and other clinically relevant variables have not been comparable in separate trials.

While the ALPINE trial employed zanubrutinib in twice-daily 160-mg dosing, the pharmacokinetic data support a once-daily 320-mg regimen for those who prefer a simpler schedule, particularly when compliance might be an issue. Zanubrutinib is also associated with a low relative risk of certain types of drug-drug interactions, such as those with proton pump inhibitors or anticoagulants, that complicate treatment with some other BTK inhibitors. While the ALPINE trial provides reassuring safety data over the course of follow-up, the safety and tolerability profile has previously been established with experience in the B cell lymphomas for which it is already indicated.

In Europe, zanubrutinib received indications in front-line as well as R/R CLL/SLL on the basis of the phase 3 SEQUOIA trial. This multinational trial, published about 6 months ago (Tam CS et al. Lancet Oncology 20-22;8:1031-1043), enrolled 590 patients with CLL without del(17p) and were randomized to zanubrutinib or a standard-of-care regimen of bendamustine plus rituximab. After a median follow-up of 26.2 months, zanubrutinib was associated with a 58% reduction in the risk of progression or death (HR 0.42; P<0.0001). Zanubrutinib was also better tolerated with a lower rate of serious adverse events (37% vs 50%).

For the first time, superior PFS in a head-to-head trial between a first-generation and second-generation BTK inhibitor has been demonstrated. The safety and activity previously reported from the interim analysis and now supported by the final results of the ALPINE trial, reinforce a clinically meaningful benefit-to-risk ratio advantage of the second-generation inhibitor zanubrutinib for the treatment of R/R CLL/SLL. Relative to ibrutinib, zanubrutinib improves rates of response and extends PFS with a lower risk of adverse events, particularly serious cardiac events. The ALPINE study provides further evidence of the safety advantage of increased BTK specificity over the first-generation ibrutinib.